MOUNT HOOD, Ore. -- A series of small earthquakes have been recorded near Mount Hood this week.

The U.S. Geological Survey said that the earthquake swarm started Monday and that as of 11 a.m. Tuesday, more than 30 had occurred.

The quakes are probably too small to be felt, with a maximum magnitude of 2.1, the USGS said.

The earthquakes were about 2 to 3 miles deep and happened about 5 miles south of the Mount Hood summit and about a mile east-northeast of Government Camp, according to the USGS. 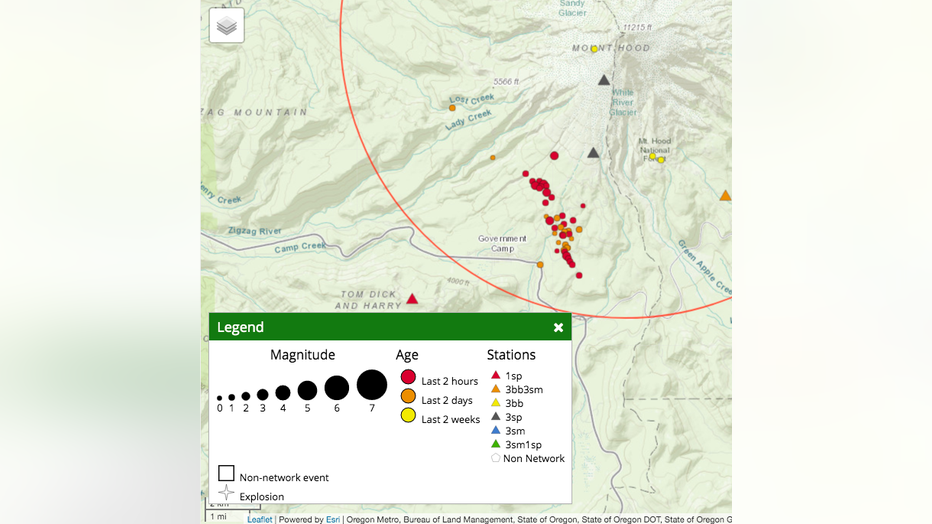 The USGS says the earthquakes occurred on tectonic faults and "are not directly related to volcanic processes" beneath Mount Hood.