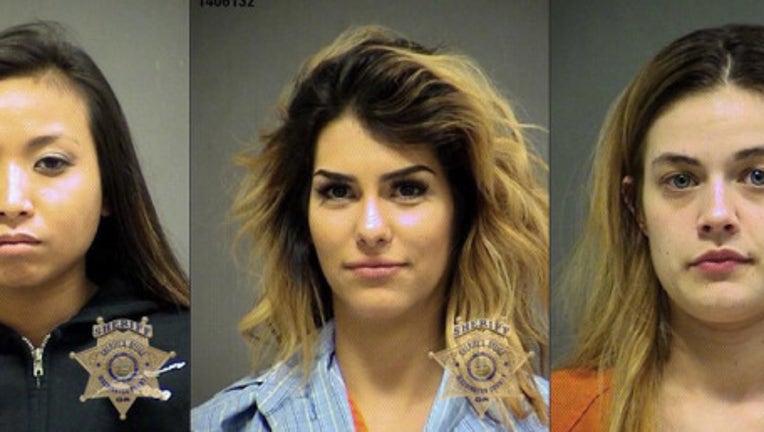 BEAVERTON, Ore. -- By all accounts, it was quite a scene at the Beaverton City Hall when three women were arrested in connection with allegedly "twerking" and exposing their genitals outside the courthouse.

According to KPTV, police were called to the Beaverton City Hall Monday afternoon when three women in their 20s were spotted "twerking" in front of the municipal court windows. The women -- Coura Valazquez, Brittany Medak and Leokham Yothsombath-- allegedly exposed their genitals while twerking and even urinated between two police cars.

The three women were stopped by a Beaverton police officer just outside the courthouse. The women were allegedly found carrying cocaine, methamphetamine and other drugs. The three face charges of disorderly conduct, offensive littering and possession.