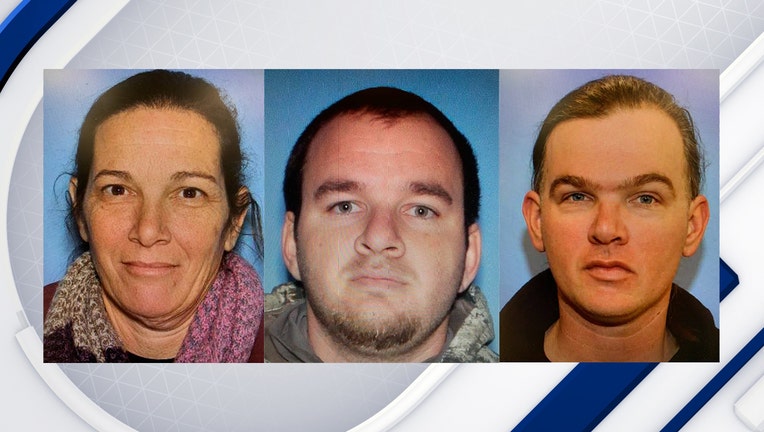 FLAGSTAFF, Ariz. - A woman and her two sons wanted in connection with the killing of her husband in Washington state have been arrested in northwestern Arizona, federal authorities said Wednesday.

They said the three were suspects in the death of Jerry Rasmussen in Stevens County, Washington last September.

The victim was shot once in the head and then buried under a shed, according to authorities who said Brenda Rasmussen initially reported her husband as missing.

During an investigation by the Stevens County Sheriff’s Office, a cadaver dog was brought to the family residence and alerted authorities to the newly installed shed.

Authorities said search warrants were served at the property Dec. 1 and a decomposing body matching the victim was discovered in concrete under the shed.

By then, the three suspects had fled Washington state and arrest warrants were issued.

The Marshals Service received information late last month that the suspects were possibly hiding in Mohave County and they were ultimately arrested.

It was unclear Wednesday if Brenda Rasmussen or her two sons have lawyers yet who can speak on their behalf.