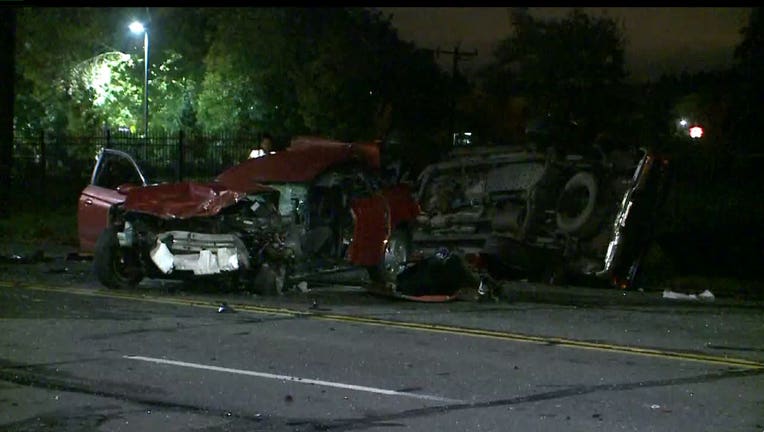 Seattle police said detectives were investigating after a truck careened into at least nine other vehicles in south Seattle just before the evening commute.

Witnesses said that just before 5 p.m. Friday, a pickup truck was traveling at speeds in excess of 65 mph south along the 9200 block of Rainier Avenue South.

Witnesses said the  70-year-old driver lost control of his truck and slammed into at least nine different cars before coming to rest against a tree in the 9400 block of Rainier Avenue South. One of the involved vehicles was a Seattle police car.

The officer, who suffered minor injuries, was able to free himself from his mangled car, make his way through the scene, and place the suspect under arrest before any more damage could be done.

Ten people were injured, two of which were children.  Many of the injured people had to be cut from their vehicles by firefighters.

In Tacoma, an accident at 12th and Union sent six people to the hospital with non-life-threatening injuries. 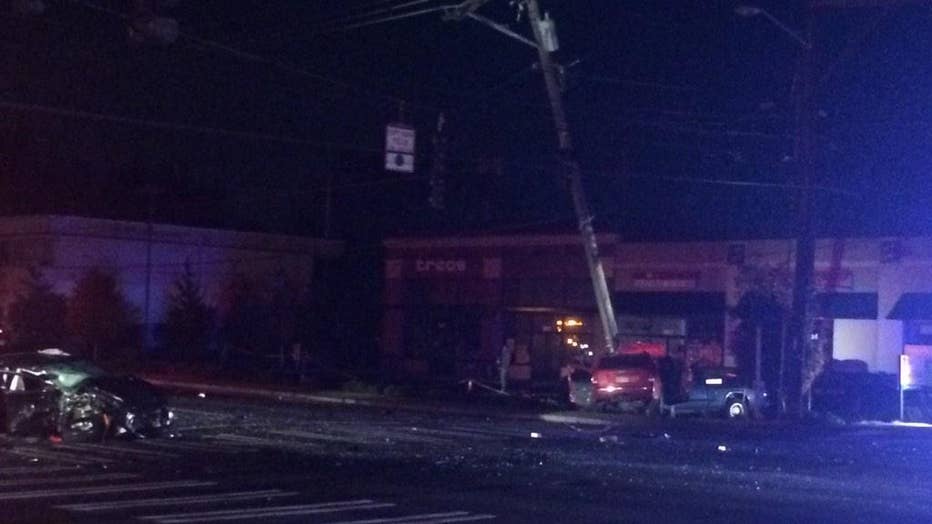 In Gig Harbor, a four-car pileup on Purdy Drive sent seven patients to the hospital. One was in serious condition, Gig Harbor Fire said.