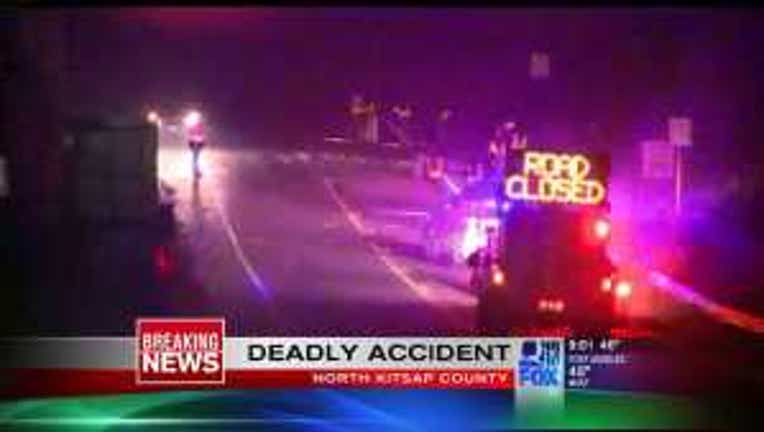 One vehicle was traveling westbound and the other was eastbound, troopers said.

A male and female in a Ford Escort were killed, and female driver of a Lexus was also killed, the troopers said.

No other information was immediately disclosed.

The accident forced the closure of SR 104, and vehicles offloading in Kingston from the Edmonds/Kingston ferries had to be re-routed through West Kingston Road.