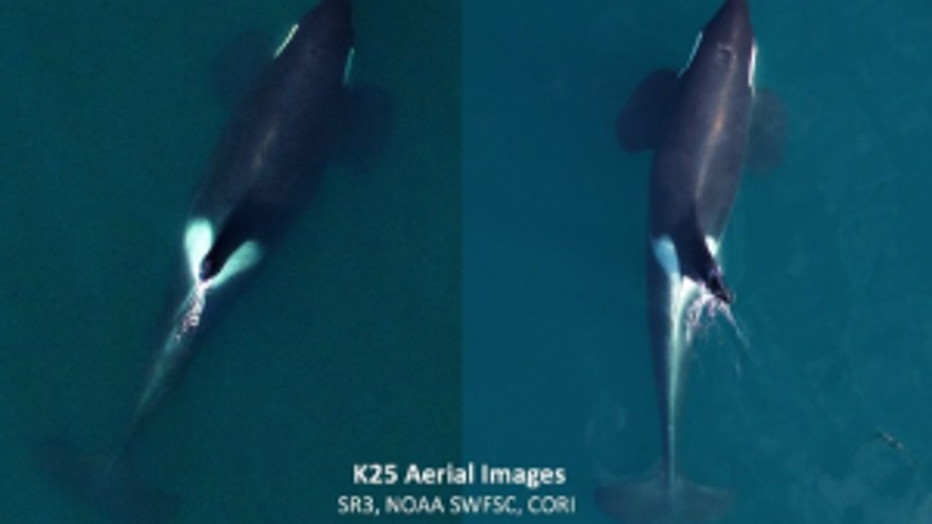 The southern resident orca population is already at its lowest number in more than three decades, with just 74 left on the planet. The species was listed as endangered in 2005 but it continues to decline.

In March, Gov. Jay Inslee signed an executive order to form a task force to provide recommendations that would save the species from extinction. Since the task force's formation, three orcas have died, including a newborn calf.

"We never would have imagined that it would play out so clearly the critical importance of being able to begin to take steps that effectively could make a difference," task force co-chair Les Purce told Q13's Simone Del Rosario.

Purce said the recent deaths and declining health of the overall population highlight the urgency felt in the task force to come up with effective solutions. Experts believe the southern resident orcas face three main threats: a lack of prey, vessel noise and contaminants.

Many task force members recognize the most critical threat is the lack of prey. Southern residents primarily rely on Chinook salmon for their diet. Many stocks of Chinook salmon are also endangered, like the whales.

On Monday, the task force released a draft report filled with more than 50 potential actions to address the three threats to whales. The recommendations come from expert working groups with input from task force members. Some task force members, including Shoreline Mayor Will Hall, said actions addressing salmon habitat are not as strong as they'd like to see.

"The reality is the orcas are starving to death, and they're starving to death because of actions that we've taken that have damaged the ecosystem," Hall said. "There aren't enough Chinook for the orcas to eat and I think we could do much more in that area to try to restore salmon habitat."

Purce told Del Rosario he agreed, in part, with what Hall said and he welcomed feedback from the members.

"We need to continue to expand the work that has already begun in the areas of habitat and that requires resources through the legislature to not only begin to continue to sustain those works that are going on, but that we need even more resources to expand in other areas where there are critical issues around habitat," Purce said.

The draft report lists eight potential actions regarding habitat, three of which would require legislation to implement.

As task force co-chair, Purce said he recognized the importance of immediately initiating actions that will help these orca in the long term. He said they have to move now to begin reversing the trend of damaging natural habitat.

"It's been a long time coming to cause the kind of challenges that we have and it will take time to be able to heal it," he said. "But we have to make the steps now to be able to do that and that takes investments from all of us."

As for short-term actions the task force is considering, Purce highlighted increasing hatchery production and spill over dams to get more salmon to the whales.

The public has until Oct. 7 to submit comment to the task force on the draft report. The final report is due to be released Nov. 16.