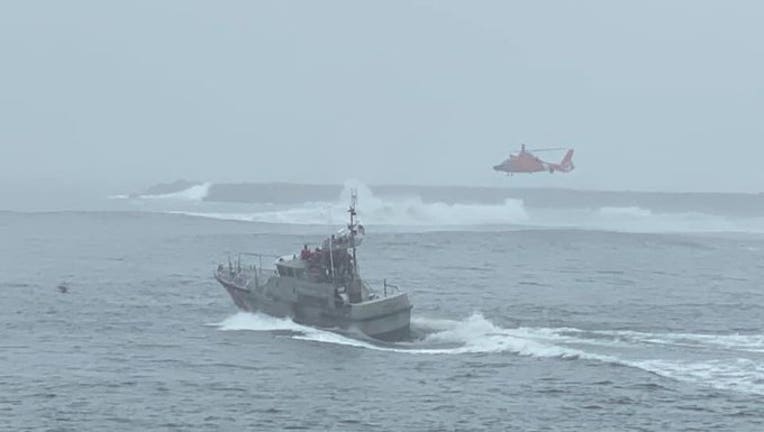 COOS BAY, Ore. -- Authorities say fishermen were rescued from inside a capsized fishing vessel along the Oregon coast.

The Coast Guard said on Twitter Tuesday that officials from the fire department rescued all the fishermen, who were reported to be cold but OK. Authorities had said three fishermen were on board.

The Coast Guard also shared a video of the rescue from Basin Tackle Charleston, a fishing store, showing lights shining on the boat as authorities free the fishermen inside.