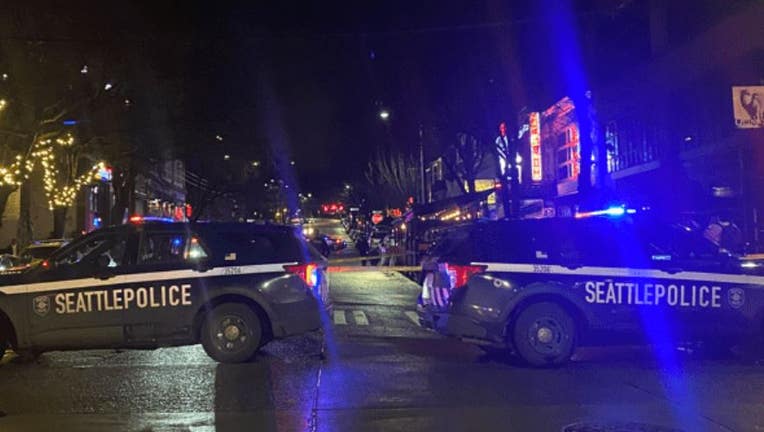 According to the Seattle Police Department (SPD), police responded to the 900 block of E. Pike St. just after midnight for reports of a shooting with multiple injuries.

When police arrived, three people in their late 20’s were found with gunshot wounds to their lower bodies. None of their injuries were life-threatening.

Investigators on scene found multiple shell casings, and bullet holes in nearby businesses and cars.

No suspects were found, but a witness told police they saw the alleged suspects drive off in a tan or beige sport utility vehicle.

Anyone with information about the incident is asked to call the Violent Crimes Tip Line at 206-233-5000.

This is a developing story as the investigation continues.