CLEVELAND (CNN) -- Amanda Berry was last seen after finishing her shift at a Burger King in Cleveland in 2003. It was the eve of her 17th birthday. 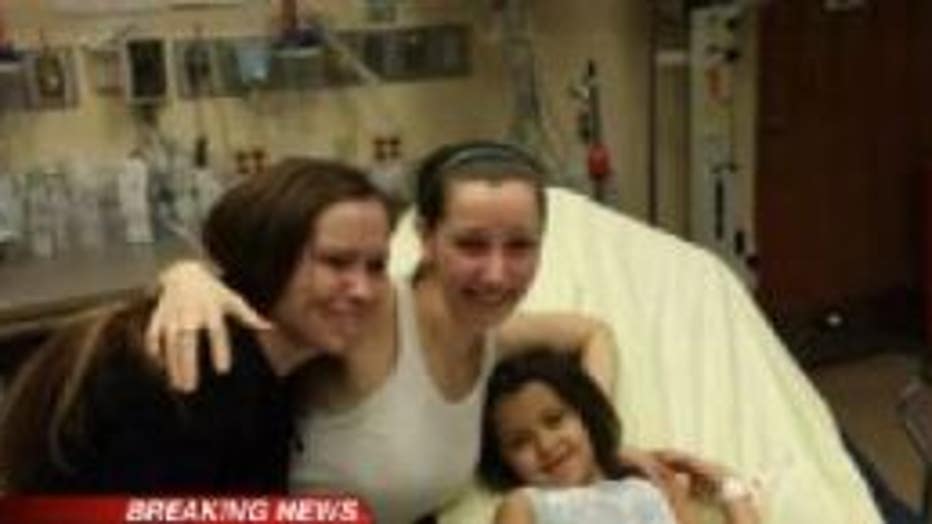 Amanda Berry, center, is shown in the hospital with an unidentified woman and young girl. (Photo: WSYX-TV)

Georgina "Gina" DeJesus disappeared nearly a year later, in April 2004. She was 14.

Michele Knight vanished in 2002, at age 21, according to the Cleveland Plain Dealer.

All three were found alive in a home in a Cleveland neighborhood Monday night, police announced in a development hailed as a miracle by their families.

"Help me, I am Amanda Berry," Berry told police in a frantic 911 call from a neighbor's house. "I've been kidnapped and I've been missing for 10 years. And I'm here, I'm free now."

Police swiftly moved in on the house where the three of them said they had been and arrested a 52-year-old man, identified as a former school bus driver. Two others, identified as his brothers, ages 50 and 54, also have been arrested, Deputy Police Chief Ed Tomba told reporters late Monday. Only the middle brother lived at the home, Tomba said.

The three women and a fourth person were being treated at Cleveland's Metro Health Medical Center on Monday, said Dr. Gerald Maloney, an emergency room physician there. 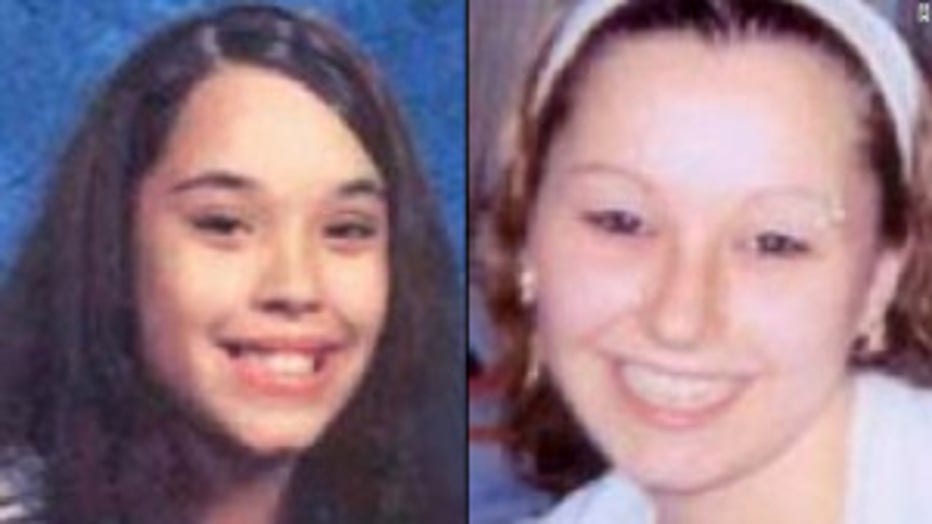 Gina DeJesus, left, and Amanda Berry, right were found alive in Cleveland, Ohio, after being missing for nearly a decade. (Photos: FBI)

The three women were in fair condition. Maloney would not identify the fourth person being seen at the hospital, but witnesses said Berry, who escaped from the house with the help of a neighbor, had a young child with her.

"They were crazy, screaming, 'Help, call police, please help.' ... They were desperate, crying, running," said Angela Garcia, whose aunt provided the phone for them to call police.

Another 911 call came in less than a minute later from a man who saw Berry busting out of the house.

"She's like, 'This (expletive) kidnapped me and my daughter,'" Charles Ramsey told 911.

DeJesus's mother, Nancy, met with her at the hospital, cousin Sylvia Colon, told CNN's "Piers Morgan Tonight." She had never given up hope of finding her daughter alive.

Brian Cummins, a councilman who represents the area where the women were found, identified the suspect in whose home the women were found as Ariel Castro. His uncle, Julian Castro, told CNN's "Anderson Cooper 360" that his family had grown up in the same west Cleveland neighborhood and knew the DeJesus family.

Castro used to work as a bus driver for the Cleveland Metropolitan School District, according to district spokeswoman Roseann Canfora. She did not have specifics Monday night on how long he was employed, when he left, or whether he was fired or left voluntarily.

Ramsey, the neighbor who helped Berry and her child out of the house, told reporters the suspect wasn't known for anything exciting -- "until today."

"We see this dude every day. I've been here a year. I barbecued with this dude. We eat ribs and listen to salsa music," Ramsey said.

"We never saw the girls there and we were always outside," she said. "We only saw the guy."

Cleveland Mayor Frank Jackson said there were "many unanswered questions regarding this case, and the investigation will be ongoing." But he added, "I am thankful that these three young ladies are found and alive."