MUKILTEO, Wash. -- A Snohomish County neighborhood is in shock after three people were shot and killed during a party at a Mukilteo home on Saturday.

A fourth victim is hospitalized at Harborview Medical Center in Seattle. He is being treated for serious injuries in the hospital's intensive care unit.

At a vigil for the victims on Saturday, friends identified them as Jake Long, Anna Bui and Jordan Ebner.  They were all  graduates of Kamiak High School. 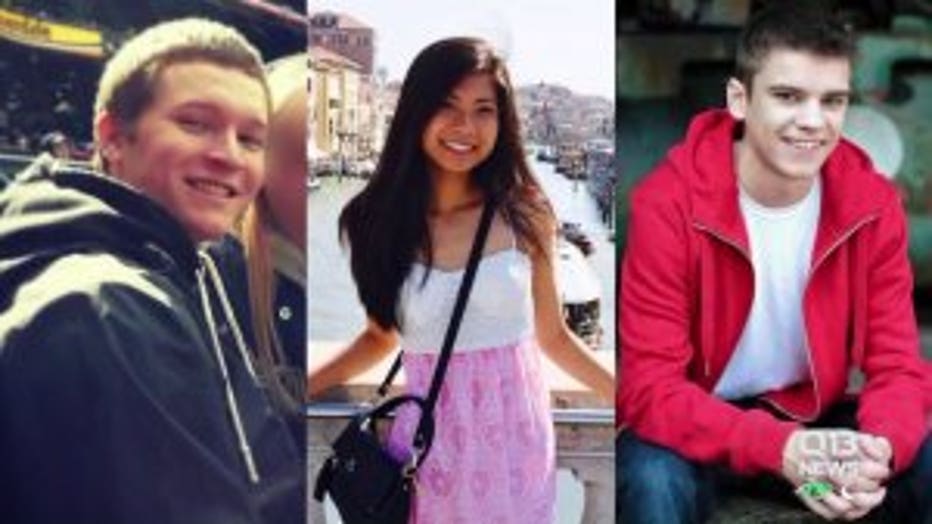 Sources identify the shooter as 19-year-old Allen Christopher Ivanov. He is being held for investigation of three counts of murder including one count of aggravated murder and is expected in court on Monday.

Mukilteo Police said gunfire erupted just after midnight at a house in the city's Chennault neighborhood.

Investigators estimate 15-20 people were at the house when the shooting began.

Snohomish County resident Susan Gemmer said her 18-year-old granddaughter Alexis was hanging out with friends from Kamiak High School at the home when a young man showed up with a rifle.

According to Gemmer, he shot two people at a fire pit before going onto a roof and firing more shots from there.

Alexis hid in the closet to escape the gunman.

Gemmer said the shooter and one of the victims had recently broken up - a detail that other neighbors also confirmed to Q13 News.

According to authorities, after the shooting the gunman fled the scene in a 2016 Subaru WRX.

Troopers said he was driving at 68 mph, which is 18 mph above the posted speed limit.

With help from the Chehalis and Centralia police departments, the suspect was taken into custody without incident and transported back to Mukilteo.

Police have not released a motive for the shooting, but friends tell Q13 the suspect and one of the victims had just ended a relationship.

At a press conference Saturday afternoon, Mukilteo Police confirmed all survivors have been reunited with family.

Officer Myron Travis said the last he could recall something of this magnitude happening in the city was more than a decade ago, referring to a 2002 murder-suicide.