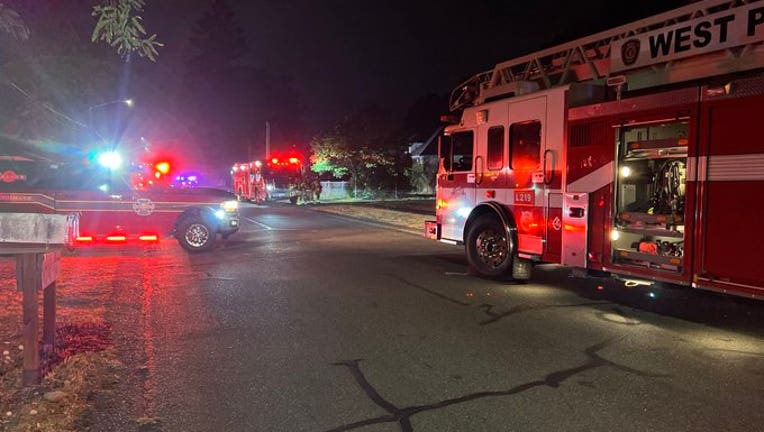 LAKEWOOD, Wash. - Fire officials are investigating what caused a fire under a carport in Lakewood Thursday night.

Firefighters responded to a report of a fire at 8101 83rd Avenue Southwest.

According to West Pierce Fire and Rescue, there was a fire involving three cars under a carport.

Crews got the fire under control and no injuries were reported.