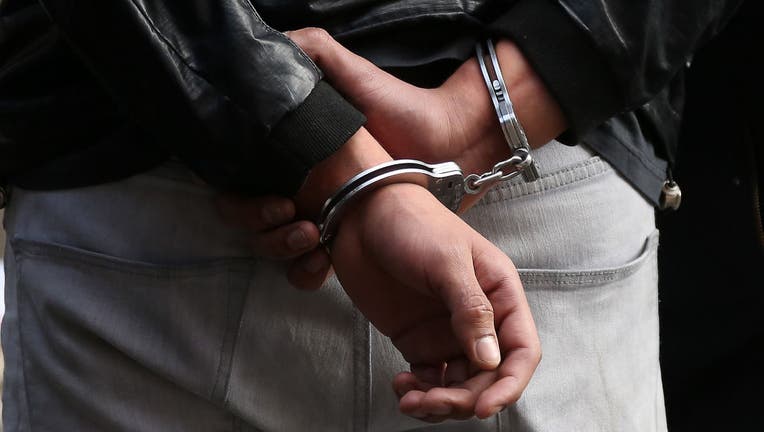 PORT ORCHARD, Wash. - After a years-long investigation, Kitsap County Sheriff’s announced that three men involved in a brutal homicide in 2006 were all arrested this week.

According to the Kitsap County Sheriff’s Office (KCSO), on Jan. 15, 2006, a body was found floating inside a plastic container in Puget Sound near Blake Island. A citizen reported the plastic container as a suspicious object, and officers from the Washington Department of Fish and Wildlife made the gruesome discovery.

Authorities say the body was badly decomposed and missing a head. A few months later, the woman’s head was found in the same general area. After a fingerprint analysis, detectives were able to identify the victim as 33-year-old Shanan Lynn Read.

According to an article from The Seattle Times, Read’s death was originally investigated as an overdose. According to Read’s family, she became interested in drugs at an early age, saying that by age 21, she was hooked on meth.

Two and a half years later, the family requested the KCSO to investigate her death as a murder, and a detective discovered evidence that a group of men in Seattle may have intentionally given the victim an overdose.

On Thursday, the KCSO announced that through a years-long investigation, detectives were able to identify four men as the suspects involved in the murder.

It was revealed that Read had been killed in August 2005 after being hit in the head with a metal baton at an apartment in Seattle. Detectives say she was then placed in a plastic container and taken to a cabin in Port Orchard where she ultimately died. The suspects left her there for weeks, returning frequently to pour chemicals onto her body to speed up the decomposition process. In January the following year, her body was dumped into Puget Sound.

The KCSO says in June 2022, a special agent with the U.S. Coast Guard (USCG) Investigative Service presented the case to the Kitsap County Prosecutor’s Office, who then issued arrest warrants for three of the men. The fourth suspect has since died.

Multiple federal and state agencies helped the KCSO and the USCG find and arrest the suspects without incident.

According to the KCSO, all three suspects are in custody in their respective states. Each of them are being held on a $10 million dollar bond. They will be taken back to Washington, booked into the Kitsap County Jail to face charges.

RELATED: Your DNA could help solve local John Doe cases, even if you don't know of anyone missing

Your DNA could help solve local John Doe cases, even if you don't know of anyone missing

Inside the unassuming walls of the Snohomish County Medical Examiner’s Office sits a room full of cardboard boxes. Inside those cardboard boxes are human bones. Some of those bones belong to five men whose names have been lost to time– for now.