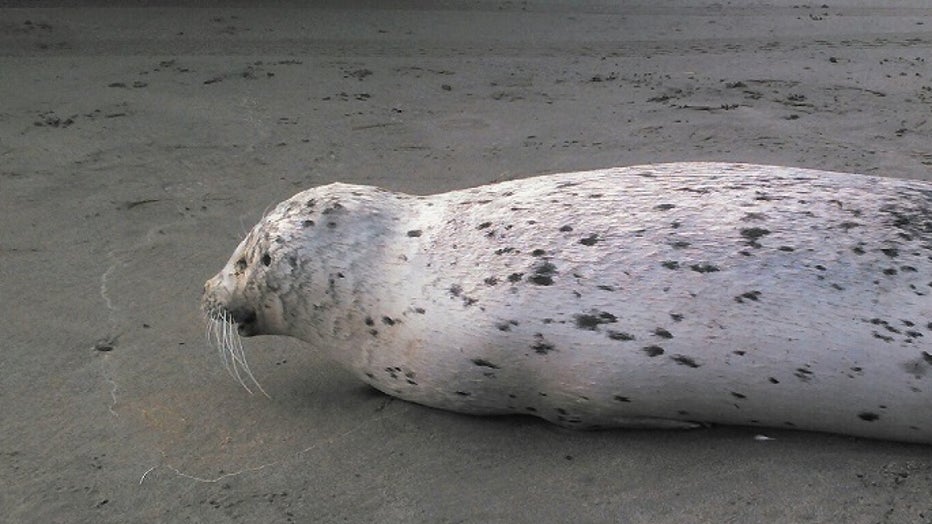 This female seal was found on the beach at Ocean Shores last Thursday. Her bottom half (not shown) had been bitten off by a great white shark, the state Department of Fish and Wildlife said. (Photo: DFW)

OCEAN SHORES, Wash. (AP) — The Washington Fish and Wildlife Department says a second seal recently found dead on the coast near Ocean Shores was not killed by a shark.

Spokesman Craig Bartlett says an examination of the seal found Saturday showed it likely died as a result of being entangled in a fishing net.

Another harbor seal found Thursday had been bitten in half. A necropsy performed by the department in consultation with a federal shark expert in California determined the likely predator was a great white shark about 18 feet long.