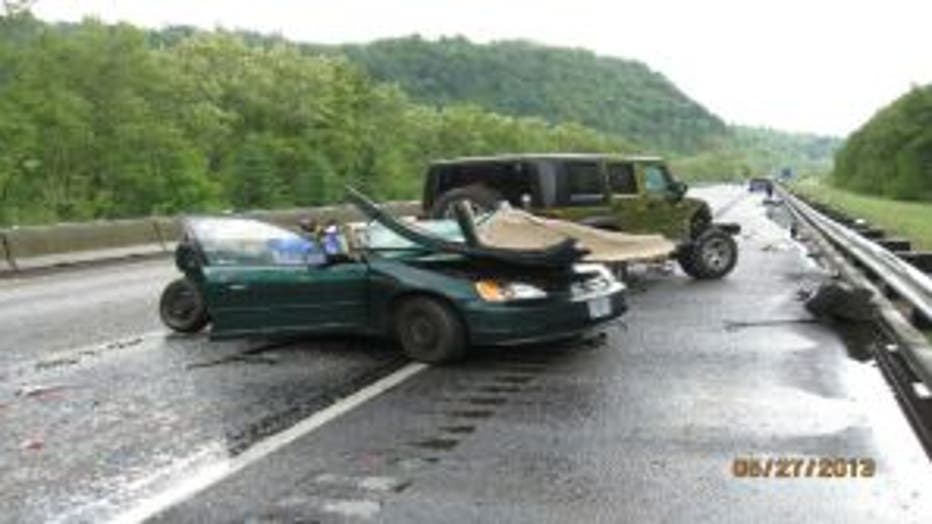 The crash was first reported at about 4:15 p.m. near the Corbett and Rooster Rock area of the Columbia River Gorge.

The damaged cars blocked westbound lanes of the freeway. Oregon State Police say there were five different crash scenes spread out over a mile and a half.

Three people were taken to the hospital with non-life-threatening injuries. Police did not issue any citations.

The freeway was shut down for several hours before being reopened.