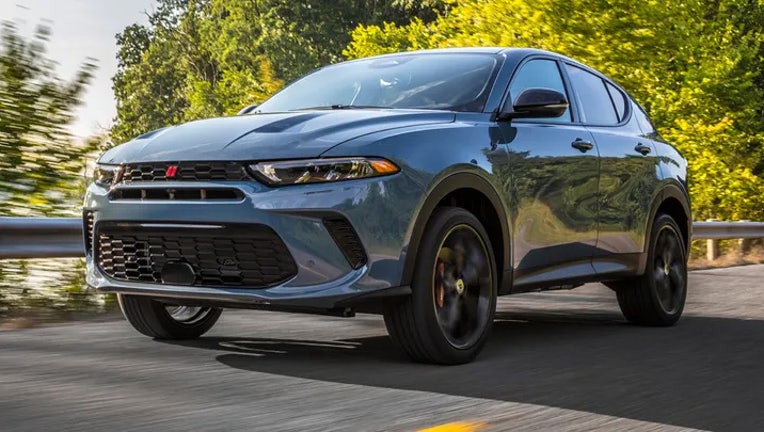 The Dodge Hornet GT will be the most powerful compact SUV priced under $30,000. (Dodge)

The 2023 Dodge Hornet has been revealed with a name from the automotive industry’s past.

The Hudson Hornet was a full-size car that became famous in NASCAR in the early 1950s and was absorbed into AMC along with the Hudson brand. It was followed by the AMC Hornet compact car lineup sold from 1970-1977.

Chrysler acquired its rival in 1987 and kept all the best stuff, including Jeep and a list of model names, which have been passed down to Dodge’s current parent company, Stellantis.

The Dodge Hornet falls somewhere between its predecessors as a compact SUV that’s based on the recently introduced Alfa Romeo Tonale but was redesigned and reengineered to make it look and feel more like a Dodge. 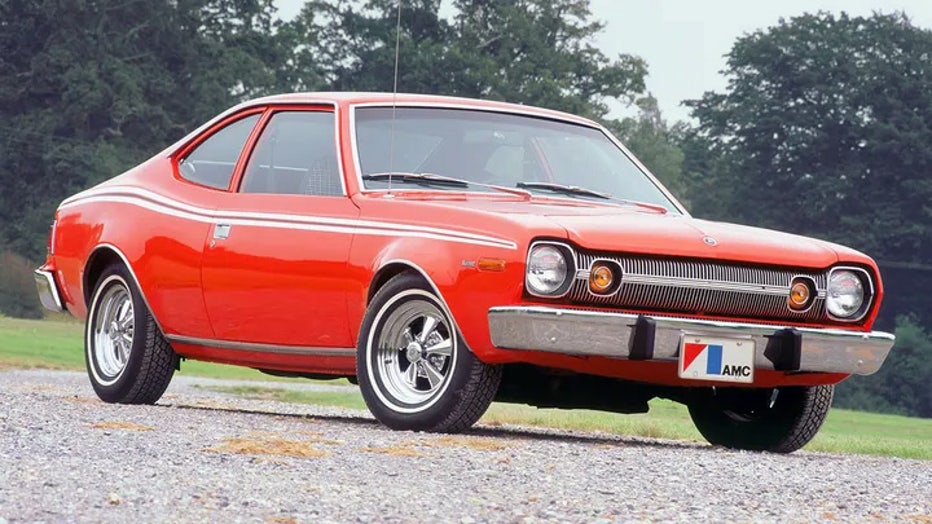 The 1974 AMC Hornet was featured in the James Bond film, "The Man with the Golden Gun. (National Motor Museum/Heritage Images/Getty Images)

Its exterior features a grille and headlights that give it a Dodge family face along with the brand’s signature full-width taillights. The cabin’s styling continues the sports car vibe with dual digital displays, a center stack canted toward the driver’s seat, silver trim and accent stitching. 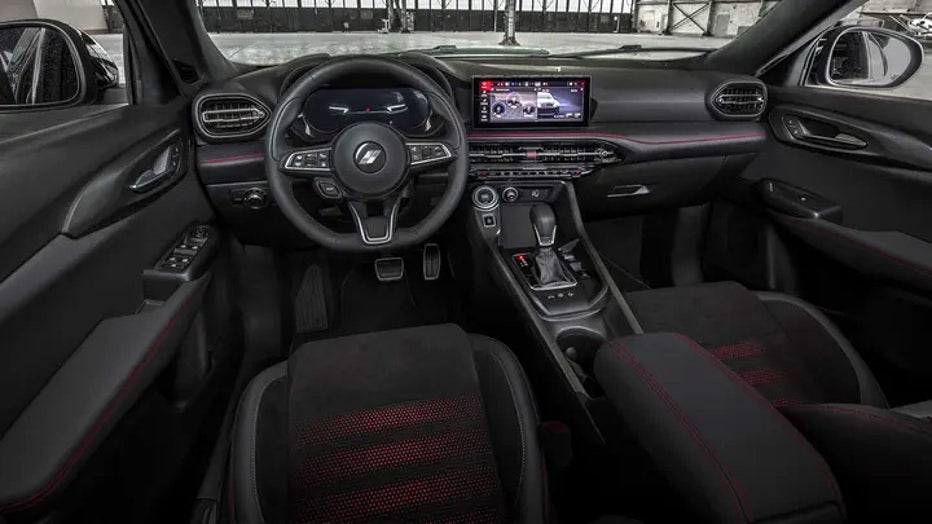 Two powertrain options will be available, both with standard all-wheel drive.

The entry-level Hornet GT will start under $30,000 and come with a turbocharged 2.0-liter four-cylinder that’s called the Hurricane and is rated at 265-plus horsepower and 295 pound-feet of torque, making it the most powerful compact SUV for the price. 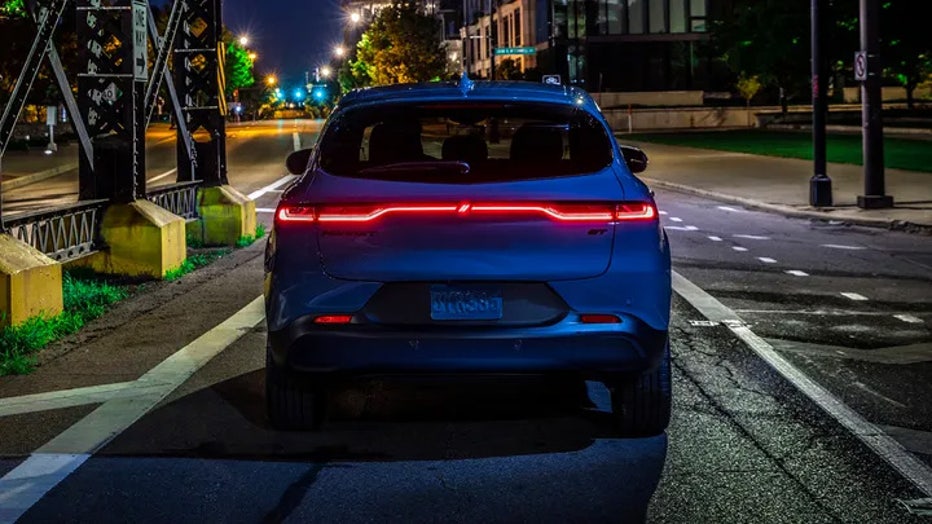 Dodge says the Hornet GT will be able to accelerate to 60 mph in 6.5 seconds and will be offering performance parts that will allow owners to tune the engine to over 300 horsepower, add a freer-flowing exhaust and lower the suspension for improved handling. 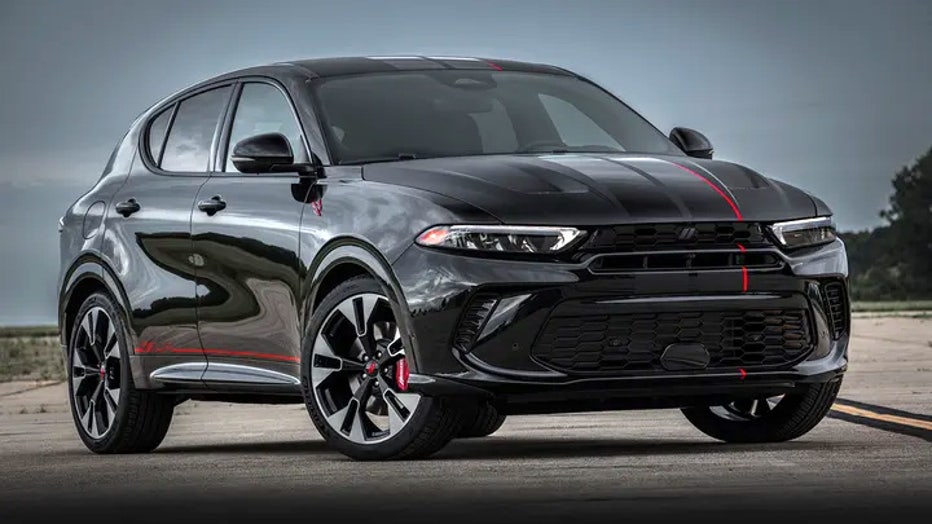 The Dodge Hornet GT GLH Concept is a showcase for some of the aftermarket upgrade parts that will be available. (Dodge)

It’s showcasing some of the upgrades with a Hornet GT GLH Concept. GLH is short for "goes like hell" and is a tip of the hat to the Dodge Omni GLH of the 1980s, which was the quintessential American hot hatchback of the era. Dodge plans to offer a package incorporating many of the accessories and the GLH graphics in the future. 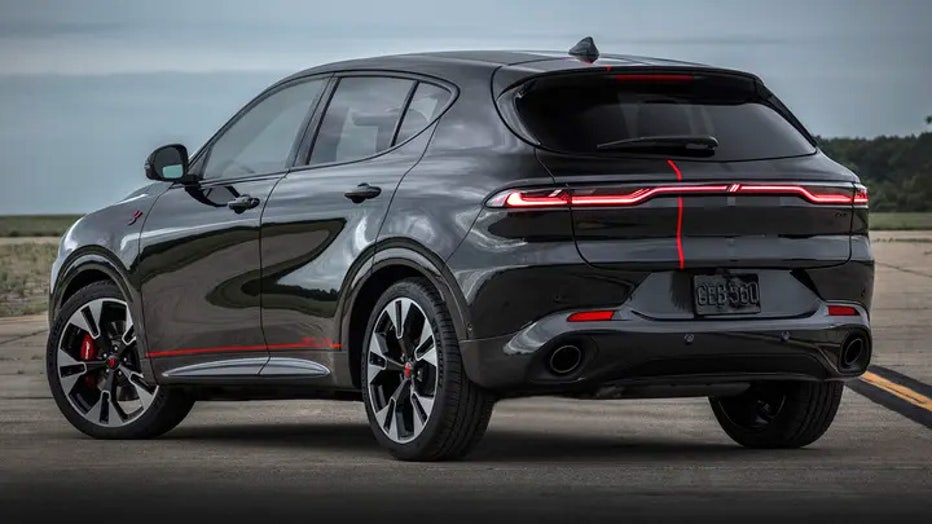 Dodge plans to offer the GLH graphics as part of a parts package next year. (Dodge)

The Hornet GT will be followed next year by the Hornet R/T that gets a plug-in hybrid powertrain combining a 1.3-liter turbocharged four-cylinder engine and electric drive to provide a total system output of over 285 horsepower and 383 pound-feet.

The Hornet R/T also has a PowerShot feature that increases the power by 25 horsepower in 15-second bursts when the driver pulls on both of the steering wheel-mounted paddle shifters simultaneously and floors the throttle, with a 15-second cool-down period required between shots.

Driven more sedately, the Hornet R/T is expected to be able to cover over 30 miles in all-electric mode between charges. A Track Pack option will be available for both models that adds computer-adjustable suspension, 20-inch performance wheels and other equipment.

The Hornet GT is scheduled to buzz into showrooms in December and will be followed by the Hornet R/T in the spring at a yet-to-be-announced price.

LINK: Get more on this story from FOXnews.com