Deputies responded to their home in the 13400 block of Tenino Drive West in Seabeck after a 911 call for help that Hunter made at about 11:30 p.m. They discovered the home on fire and the bodies of Hunter, Johnathon and Christale inside.

Johnny was found two days later inside his burned out 2005 Ford F-150 pickup on tree farm off Dewatto Holly Road in North Mason county more than 15 miles from the Careaga’s home near Lake Tahuyeh. 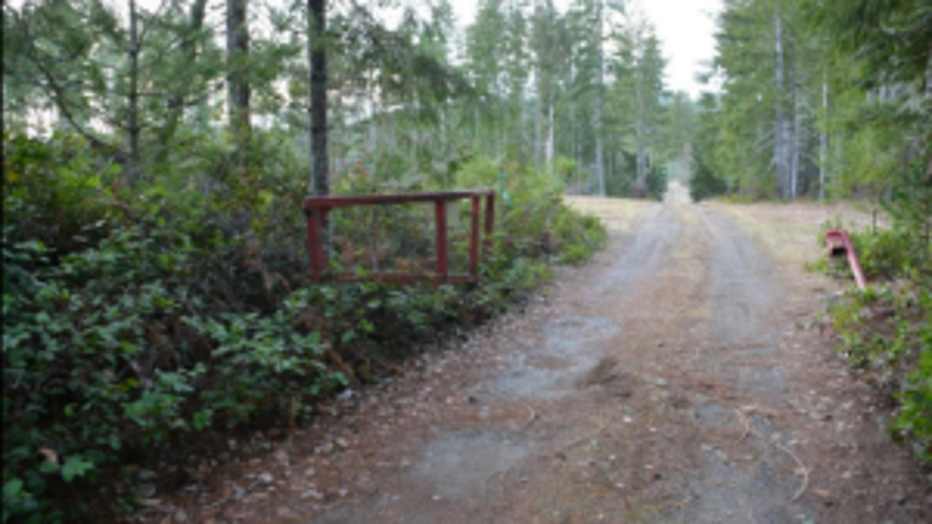 Investigators are continuing to work to fill in the holes in a timeline of events both before and after the killings. For example, detectives are asking for the public to help identify where Johnny and his truck were hidden after he was kidnapped Friday night and before he was found on Sunday. The gate to the tree farm had been rammed open.

"We don't know where Johnny's body and where the truck were held from the time Hunter, Johnathon and Christale were killed at the house to the time that Johnny and the truck were found here at the tree farm," said Kitsap County Sheriff's Lt. Jon Van Gesen.

Detectives say the truck was not there on Saturday when the caretaker made his rounds. However, investigators have spoken with witnesses who saw vehicles parked at the entrance to the tree farm just prior to Johnny's truck being located.
"Witnesses have come forward about seeing several vehicles outside the gate at Dewatto Holly Road where John's body and the burned out truck were found. ​We're thankful for that information," said Lt. Van Gesen.
Investigators have not revealed a motive for the murders but are now publicly naming the group that they say is responsible.

"We know that members and associates of the Bandidos Motorcycle Club were involved in the murders," said Lt. Van Gesen.

From early on, the task force focused on a man seen on surveillance video wearing a Bandidos shirt at a Target store 12 days after the murders.

"Danie Kelly Jr. remains a person of interest in the case and he is an associate of the Bandidos Motorcycle Club," said Lt. Van Gesen.

Detectives say Kelly has refused to cooperate and no arrest has been made.

Task Force investigators stress that if you have information, you are not alone. Other witnesses have spoken with them and provided leads.

"We realize relationships change over time. Maybe people didn't know what they were getting asked to do or participate in. Don't pay for somebody else's actions. We want to work with you. If you have information or were involved, please have your attorneys contact us," said Lt. Van Gesen.

In an effort to bring closure to the case, they partnered with the FBI on three new billboards asking for help to get justice for the Careaga family. The first one went up this week along Hwy. 16 between Port Orchard and Gorst.

"The FBI is a significant and important partner and has taken a leadership role in our investigation. They will exploit every possible lead, every use of technology, to have this case come to a resolution," said Lt. Van Gesen. 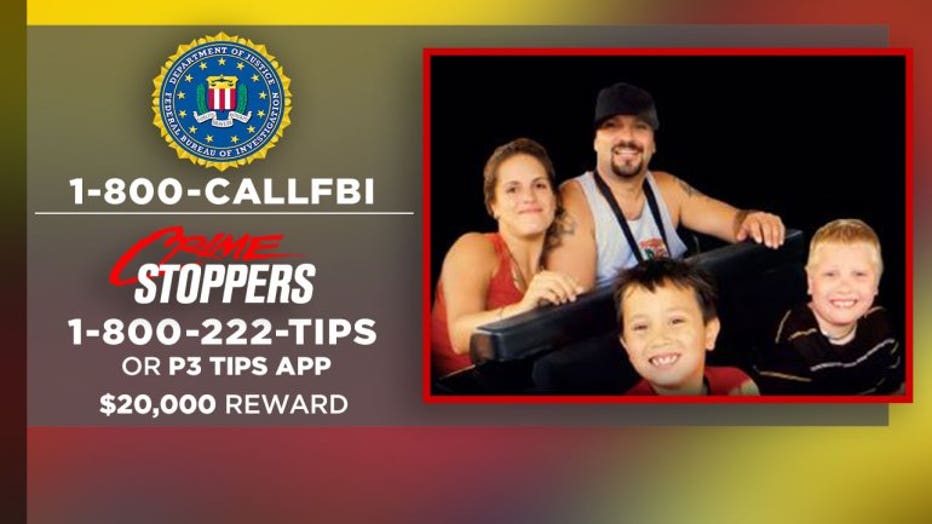 She is thankful for the billboards and renewed attention to the case.

Monday will mark 3 years since the murders.   "It's dreaded. It is not something where I want to do anything. I simply will try to survive. that day. It's an awful day to relive," said Carly Schaap, Hunter's mom.

She hopes someone will finally answer Hunter's 911 call for help.

"Everything that we went through and the weeks to follow, it's a nightmare. It's a nightmare, I don't want it to be 3 years," said Carly Schaap, Hunter's mom. 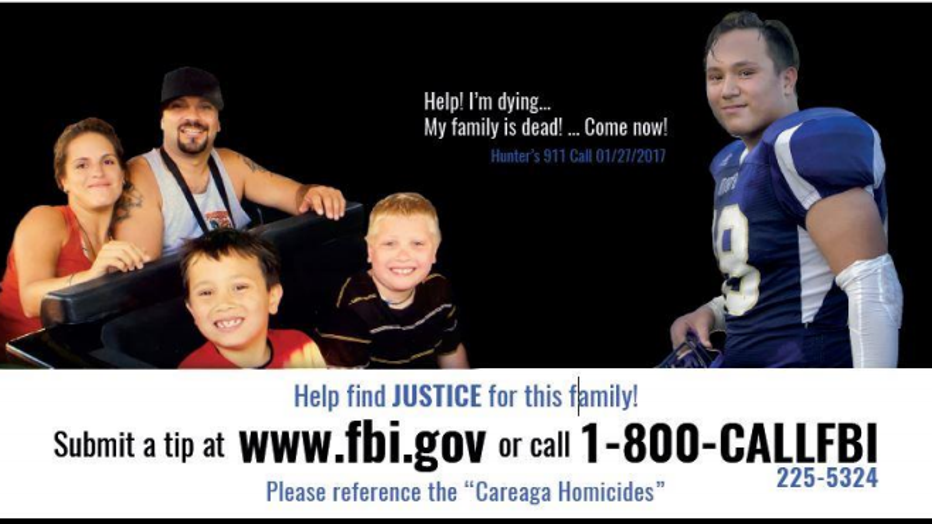 Since day one, the Careaga murders have been priority one for the Kitsap County Sheriff's Office. Detectives hope this new push for information from the public will give them the leads they need to finally bring charges in the case.

Crime Stoppers of Puget Sound is offering a $20,000 reward for information that leads to an arrest in the case. You can remain anonymous. Submit tips at www.P3Tips.com or by calling 1-800-222-TIPS (8477). You can also use the P3 Tips App that you download to your cell phone for free. You can also call 1-800-CALLFBI (225-5324) or submit a tip at www.fbi.gov.
"We need some closure, we need some answers, we need some justice. ​  Every day that goes on. The longer this takes, it's just harder. This burden does not get lighter. It stays with us and it's terrifying. It's terrifying to know that these people are among us," said Schaap. 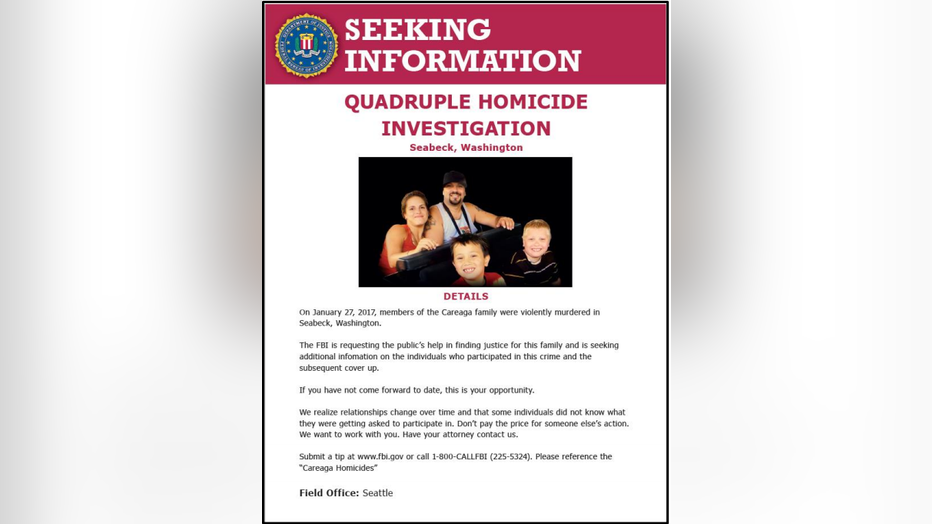