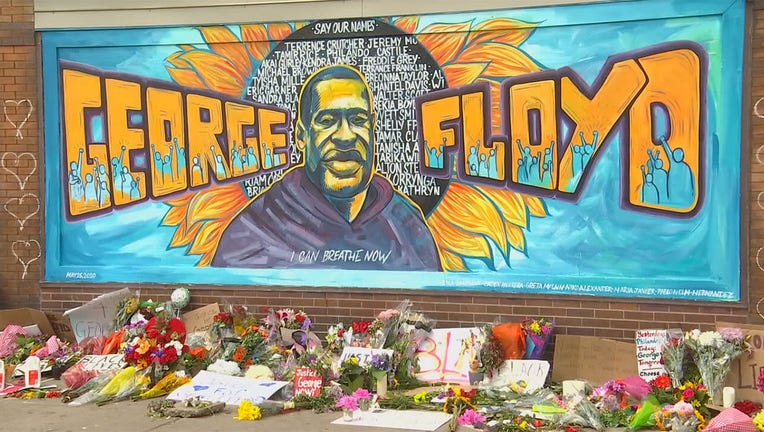 A mural of George Floyd painted on the side of Cup Foods at the intersection where Floyd was killed on May 25, 2020.

But in the Twin Cities, both the NAACP’s Minneapolis chapter and ACLU-MN feel they’ve fallen far short of what they’d hoped for two years ago.

On the second anniversary of George Floyd’s death President Joe Biden will sign an executive order to review use of force policies, restrict flow of military surplus equipment and encourage limitations on no-knock warrants.

"I don’t think that we’ve even scratched the surface," NAACP Minneapolis president Cynthia Wilson told FOX 9 on Tuesday. "I think there’s been a lot of conversation, people have ideas." But Wilson believes more needs to be done to hold police accountable, "We have to change the mindset of the individuals," Wilson said. "The current policies that are in place were never designed or created to benefit black folks, and we just have to be honest about that."

Wilson is optimistic about President Biden’s expected executive order to reform federal policing on Wednesday… but she wonders how much change that will truly bring.

"The bigger part to it is enforcing it," Wilson explained.

Munira Mohamed is a policy associate with ACLU Minnesota, and she also expected to be closer to real change after two years.

"If you look at what has been done you can see that it’s very much cosmetic, that it’s superficial, that it kind of bites around the edges of police reform without really tackling the root causes," Mohamed finished.