Two-year-old Zainab Mughal has some of the rarest blood in the world.

She's been battling cancer, and to survive, she's likely to need blood transfusions from seven to 10 donors who haven't all been found. 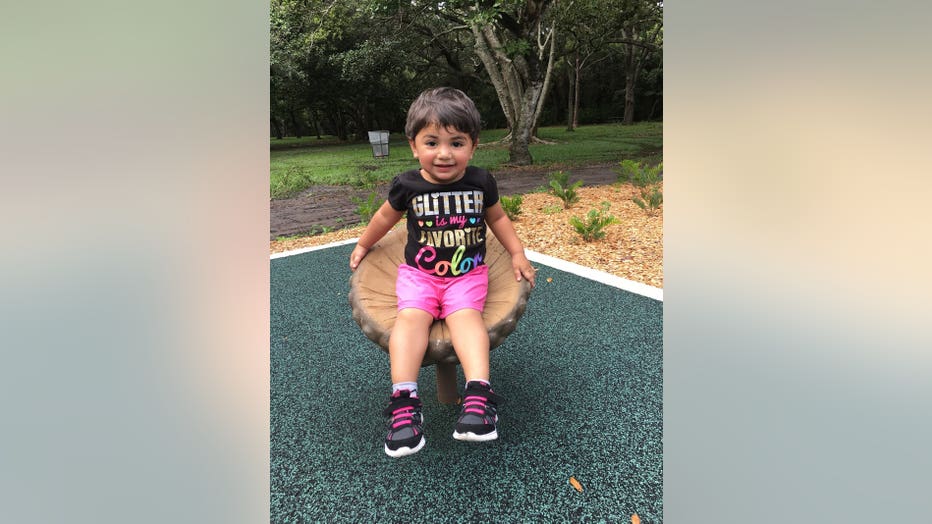 Zainab Mughal, 2, is sick and needs a blood donor with the same rare blood she has. A global search is underway.

That's because they're as rare as she is.

Only people of Pakistani, Indian or Iranian descent who have the same type of blood as Zainab, whose family hails from Pakistan, are likely to match with her. Less than 4% of people in those populations may match, according to OneBlood, a South Florida nonprofit organization that's aiding in a global search to identify and recruit donors for the young girl.

OneBlood says that ideally, it will be able to locate donors of these ethnicities who live in the United States.

A person's blood type is determined by antigens. Zainab's blood is missing an antigen called Indian B, and her body will attack transfused blood that contains it. So, like Zainab, her donors need to be missing the antigen. In addition, they must have type O or A blood.

Nance said the program tracks at least 59 types of rare blood and has over 120,000 registered donors. She said not a single donor matching Zainab's blood type was registered in the program's US database when the search for matching donors began in September. Since then, two compatible donors in the US and one in the UK have been found, according to OneBlood.

"Lucky, thank God, they have found three donors. So, so far, she has been going through her normal treatment," her father, Raheel Mughal, said in a video provided by OneBlood. "We will definitely need more blood."

Zainab's family made the video with OneBlood to call attention to her story. They were unavailable to speak with CNN directly.

Zainab's cancer, neuroblastoma, developed in her nerve cells and requires chemotherapy for treatment.

"She's going to need to be completely supported by blood donations in order to survive the cancer treatment in order to kill this cancer," Bright said. "The blood's not going to cure her, but the blood's very, very important to support her while she undergoes the treatment for this particular cancer."

Rare blood occurs in less than one in a thousand people, and extremely rare blood can occur in even fewer people, according the American Rare Donor Program. The program, a collaboration between the American Red Cross and AABB, formerly known as the American Association of Blood Banks, is working with OneBlood to secure more rare blood for Zainab.

"Rare blood is the blood that you don't have when you need it no matter what," Nance said. "If a person has been identified as a rare donor and they're called on to give, my hope is that they will donate, if they are able."

In OneBlood video, Mughal made a plea for those who can help. "If you are one of those people from the Middle East, please go out and donate blood for my daughter," he said. "My daughter's life very much depends on the blood."