Escaped inmates back in custody

Escaped inmates back in custody 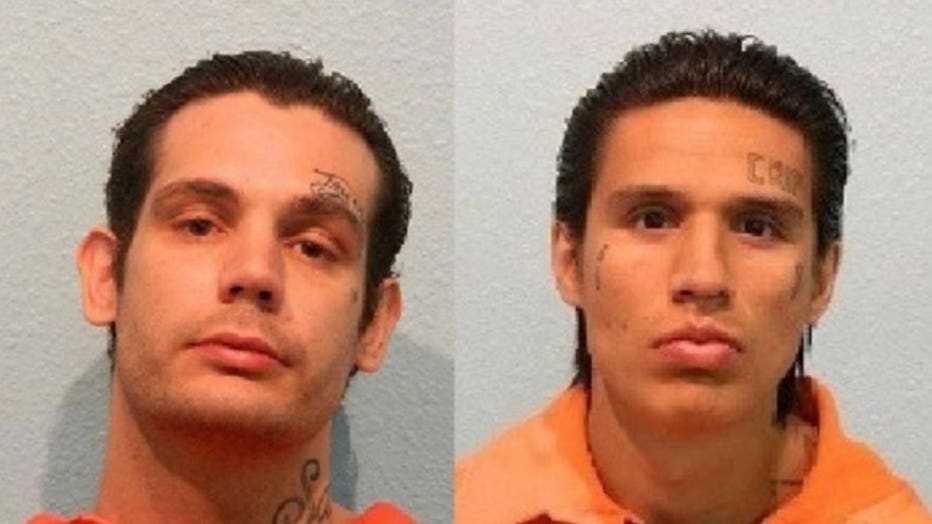 SEATTLE — Authorities on Sunday captured two inmates who escaped from a minimum-security prison in Washington state by climbing over a chain-link fence topped with razor wire.

Sage Bear, 26, was serving an almost 11-year sentence for first-degree manslaughter after accidentally shooting a close friend in the head. The other, Richard Harvell, 30, was serving 3½ years on a gun charge.

The pair were caught without incident about 6 miles from Cedar Creek Corrections Center in a rugged forest southwest of Olympia, Department of Corrections spokesman Jeremy Barclay said.

They scaled a 10- to 12-foot razor-wire fence to flee Saturday night and will be treated for minor injuries they received during the escape.

Barclay says he has no other details about the escape or capture. 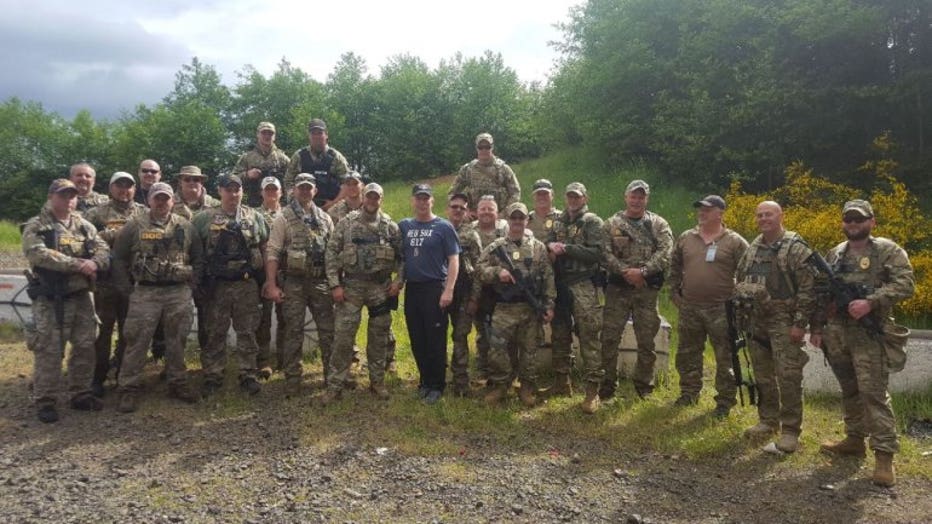 The Inmate Recovery Team from Sunday's apprehension and the arrest of one of the two inmates. (Credit: Washington Department of Corrections)

King County Superior Court records say Bear killed his friend, Armin Okanovic, in 2007, while the two were playing with a handgun they thought was unloaded. Okanvic pointed it at Bear and dry-fired it, but when Bear pointed it back at Okanovic and fired, the gun went off.

Bear, who was 17 at the time, was involved in gangs and had previously been convicted of robbery, burglary and theft, prosecutors said. He had been warned in court at least four times that he was not allowed to have guns.

Bear was sentenced to nearly 11 years in prison. His anticipated release date was in July 2018.

Harvell was convicted of unlawful possession of a firearm in Snohomish County. He began serving his sentence in March, officials said. His release date was tentatively set for March 2019.