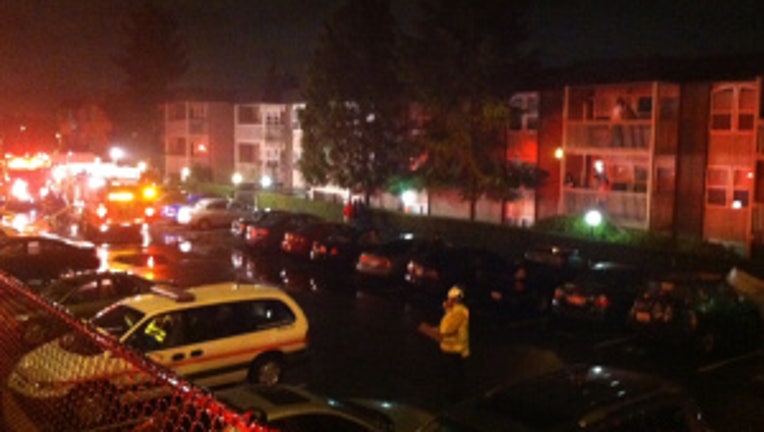 SEATAC -- Two people are being treated for smoke inhalation after a 2-alarm fire at an apartment complex in SeaTac Tuesday morning and a third person is being treated for an ankle injury. All three were treated at the scene.

Several residents were not able to evacuate and had to take refuge on their balconies as the only internal hallway and stairwell were filled with smoke.

Firefighters did not find anyone in the apartment and officials said they have been unable to locate the apartment's resident.

Investigators said that the second floor apartment fire was intentionally set in multiple locations in the unit. King County Sheriff's detectives are looking for the apartment's resident.