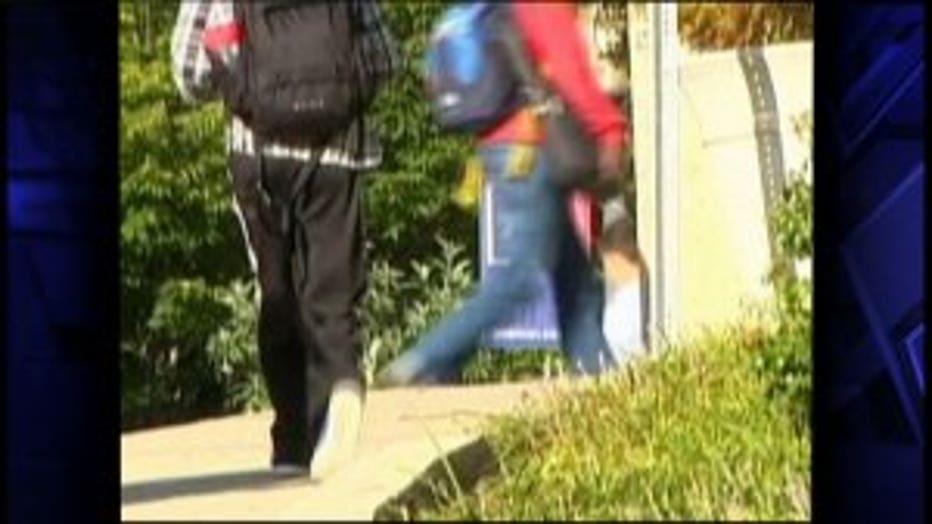 The manager, Autumn Monahan, said that, on Thursday, an Issaquah student reported that she was approached by a man who attempted to lure her from a bus stop on East Sunset Way and encouraged her to join him at his residence. Monahan didn't disclose the school or the age of the child.

The suspect was described as a white man in his mid-40s with short, curly gray/brown hair and short facial hair. He was wearing a gray sweatshirt, jeans and hiking boots.

A similar incident was reported Wednesday, Monahan said, where a man driving a white beat-up sedan drove alongside a female student as she walked home from her bus stop in the 2100 block of Newport Way Northwest.

Issaquah police are looking for any information that may help in identifying this suspect. If anyone knows more about these incidents, contact Issaquah police at 425-837-3200.

Police and the Issaquah School District are also encouraging parents to review these safety tips with their children:

• Never talk to a stranger.

• Never let a stranger get too close, whether the stranger is in a car or walking.

• Never tell a stranger any personal information, such as your name, age or address.

• Travel in groups, if possible.

• Do not obstruct your hearing with iPods or portable music players when walking or waiting outside.

• If a stranger tries to grab you, yell as loudly as you can and run away.

• Always alert an adult immediately if you are approached by a suspicious person.