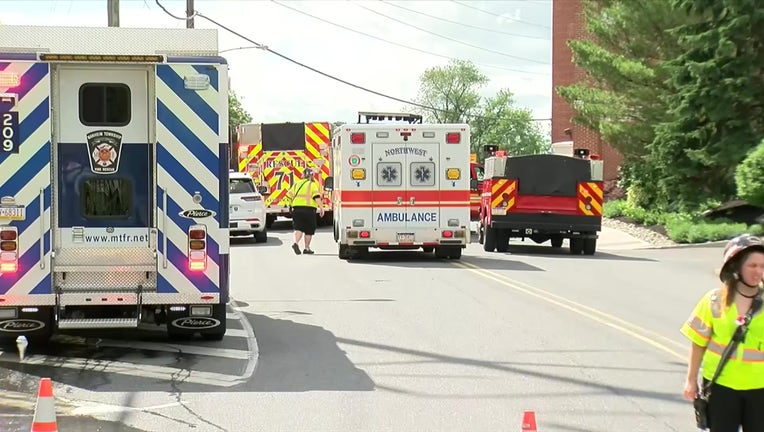 Scene image via WHP-TV via FOX

WHTM reports that authorities were called to help cut a hole in the tank so the two people could escape, though it’s unclear if there was chocolate in the tank at the time. Authorities haven't said how the people fell in.

Their condition was not immediately available.

FOX Television Stations has reached out to Mars Wrigley for a statement. A spokesperson told WHTM that they "are actively managing the situation."

The factory makes M&Ms and Dove chocolate, among other products.

This is a developing story.  This story was reported from Washington, D.C.