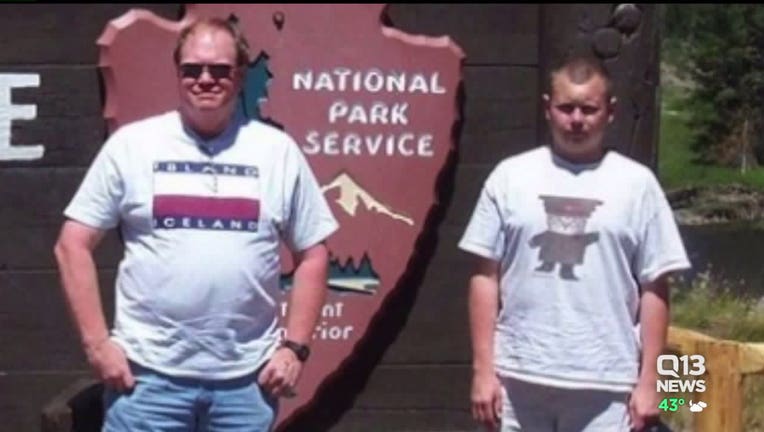 Jim Hamre and Zack Willhoite were also bosom buddies in their passion for public transportation who had excitedly awaited the day higher-speed trains could zip through their home turf.

The two pals hopped on an Amtrak train together Monday, becoming some of the first passengers to take the maiden voyage of a faster route between Portland, Oregon, and Seattle.

Hamre, 61, and Willhoite, 35, were among the three killed when the train going 80 mph in a 30 mph zone derailed south of Seattle and toppled some cars on a highway below. Dozens of others were hurt, some seriously.

Family and friends said Tuesday that they were devastated by the deaths, describing the men as devoted rail advocates who were loved by many. They were both knowledgeable about the technical aspects of trains and had spent their lives advocating for such a route.

"Yesterday was a moment of great happiness for them, which makes this so heartbreaking," said Carl Fowler, a friend who has worked with Hamre and Willhoite in rail advocacy for years.

He added: "Despite yesterday's tragedy, the Cascade corridor that they built will be their monument."

Hamre came from a railroad family — his father worked for the Milwaukee Road line that ran from Chicago to Seattle, Fowler said. Hamre worked summers for the line between studies at Washington State University in the 1970s.

He retired a few years ago after a career as a highway engineer at the Washington transportation department. Fowler and Hamre took extensive rail-centric vacation tours across the world.

"He was the brother I never had. He could finish my sentences, my thoughts. But what I most admired about him was his kindness, his commitment, his extraordinary decency," an emotional Fowler said.

Hamre and Willhoite also worked together as volunteers on the board of All Aboard Washington, a citizen rail advocacy group. Willhoite served as director of information technology, and Hamre was vice president and newsletter editor since 1988, writing enthusiastically in a recent online post about the new route that travels along refurbished freight tracks.

The $180.7 million project was aimed at speeding up service by bypassing a route with a number of curves, single-track tunnels and freight traffic.

"They were looking forward to it, of course. They were having the opportunity for the first official run of a brand new route," said Lloyd Flem, executive director of All Aboard Washington.

Flem said he's known Hamre for more than three decades. Hamre, who lived with his mother in Puyallup, was a groomsman at Flem's wedding 25 years ago.

Pierce Transit said Willhoite was a customer service support specialist who was admired by his colleagues.

He was a funny, witty computer genius who helped analyze bus schedules and was committed to "balanced transportation," a European ethos of reducing reliance on personal vehicles, Fowler said.

The men were members of the Rail Passengers Association, according to group president Jim Mathews, who called Hamre one of the most respected and effective rail advocates in the country.

"Jim combined personability and kindness, and paired it with an intricate and detailed knowledge of transit policy and technical insight. This made him an extremely powerful advocate and an inspiration for others," the association said in a statement.

Hamre's niece Rachel Topper said she has been notified of her uncle's death but that the family had no further comment. In a Facebook post, she said they were heartbroken.

Willhoite's father-in-law, Thomas Tomblin, said his daughter was in a state of shock and grieving the sudden death of her husband. The couple got married in recent years.

Tomblin said he was happy that his daughter had found Willhoite.

"She's doing the best that can be expected," he said. "I'm just focusing on the things a dad has to take care of."