2 people in custody; 1 at-large after reports of shots fired near UW campus

Two suspects have been arrested and authorities are still searching for another after reports of shots fired near the University of Washington campus on Friday afternoon.

SEATTLE - Two suspects have been arrested and authorities are still searching for another after reports of shots fired near the University of Washington campus on Friday afternoon.

Around 2 p.m., a woman called 911 to report that at least one of the suspects had pointed a gun at her. Police arrived within minutes and saw a Toyota speed away from the scene.

Officers briefly chased the vehicle before it crashed into a tree near the Center for Urban Horticulture on 41st Street around 2:40 p.m.

Three people in the car ran off on NE 41st Street and were seen in backyards nearby. Two of those suspects were later detained near the 4700 block of 37th Ave. NE.

Police say a rifle was recovered from the crashed vehicle.

The victim told officers that this all began as a fight disturbance a few days ago and has continued to escalate resulting in a shot being fired on Friday. 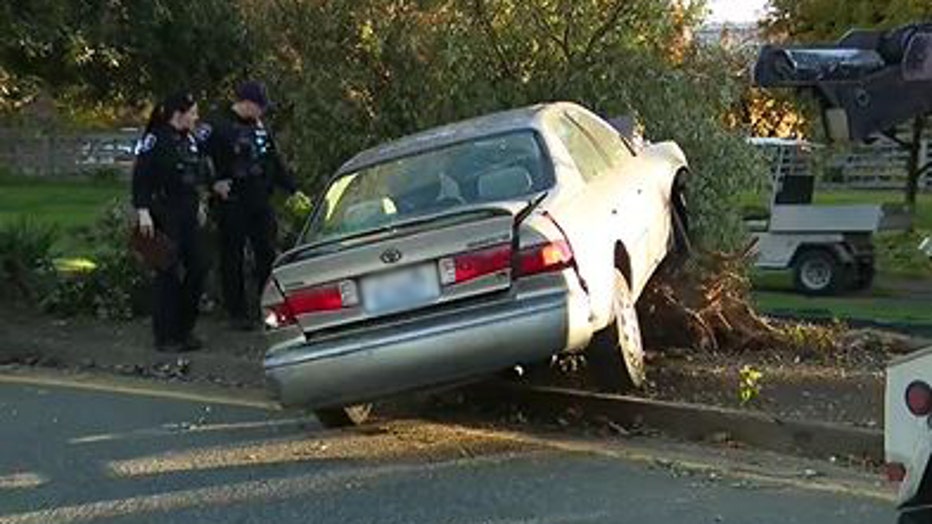 It's unclear if that shot was fired near the victim or near the scene of the crash.

No suspect information was immediately made available.