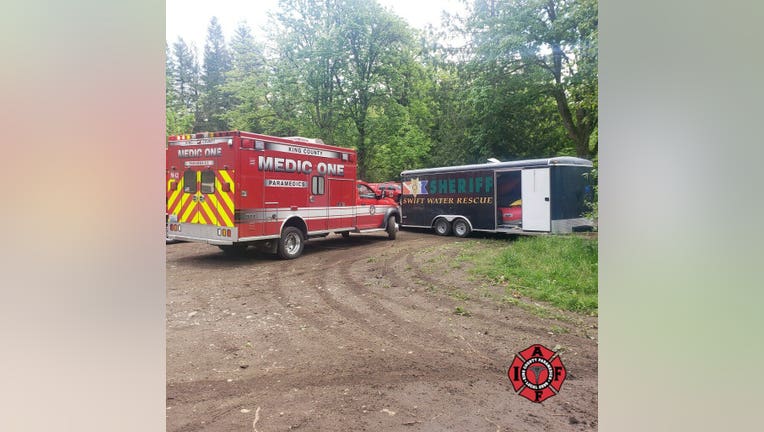 RENTON, Wash. -- Two people have died in three days after falling into the Green River.

Search and rescue teams were called Saturday morning to the Green River Gorge after a woman in her 20s fell into the river.

According to the King County Sheriff's Office, three women were walking along the trail near the river when a woman in her 20s fell into the water. One of the friends jumped in to try and save her but was unable to reach her. The second woman was able to climb out to safety.

The woman who fell in the water was later found downstream by the King County Sheriff’s Office, deceased.

Just two days later, Renton firefighters were called to the same location after reports of a man falling into the water.

Authorities said water rescue teams were sent to the scene around noon Monday. A helicopter spotted the man down the river and helped guide rescuers, but the man died at the scene.