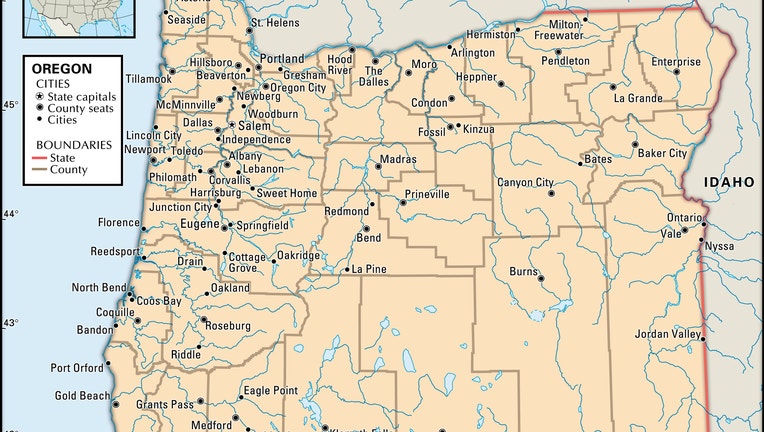 LA PINE, Ore. (AP) - People in two counties in rural Oregon voted to push their lawmakers to consider moving their communities into Idaho, which they say is more representative of their political views.

Oregon Public Broadcasting reports the chances of Jefferson and Union counties joining Idaho are slim as it would require votes by both Oregon and Idaho legislatures and the U.S. Congress. But that’s not necessarily the goal, at least not yet.

“I’m not really sure what the chances are, if you’re going to put into odds or bet on it,” said Mike McCarter, a retired plant nursery worker and firearms instructor from La Pine who led the petition drive to get on the ballot. “But if we don’t attempt to do something like that we continue to go down a road of frustration about the state Legislature not paying attention to rural Oregon.”

McCarter and his supporters have been working for several years to build momentum for shifting Oregon’s border to put some of the state’s more rural, and politically conservative, counties to Idaho.

They say that, because state politics are dominated by more populous — and more politically progressive — communities along the Interstate 5 corridor, large swaths of the state are ignored.

“Rural Oregon is really very similar to Idaho counties,” McCarter said on a recent episode of “Think Out Loud.”

Similar measures failed in Wallowa and Douglas counties. But the votes in Union and Jefferson counties means local lawmakers must start having twice-a-year conversations with Idaho officials.

The Democratic-dominated state Legislature doesn’t seem likely to take up the cause anytime soon. But McCarter thinks the Nov. 3 vote was the first victory in a long process: He’s hoping to push similar ballot measures in 11 other counties as soon as next year.

This week on The Divide commentary: Democratic leaders need to drop the hypocrisy if they want people to take their COVID-19 mandates to heart.