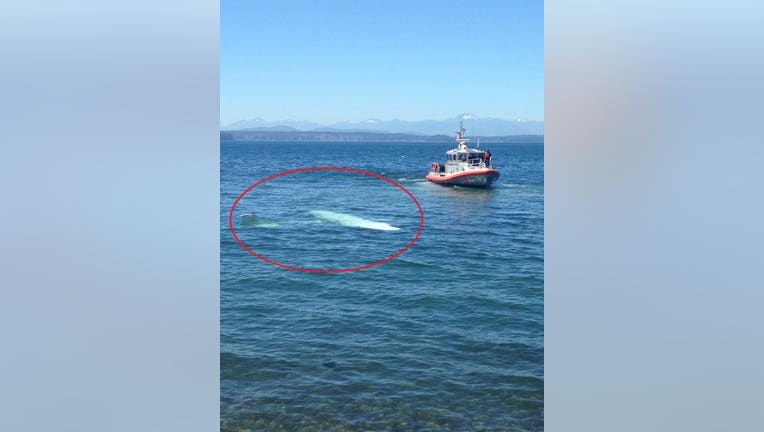 SEATTLE -- Nobody was hurt when a small plane made an emergency crash-landing in Puget Sound waters Monday afternoon near West Seattle.

The Seattle Fire Department said before 1 p.m. that crews were responding to the report of a plane in the water.

Authorities said two men who were on the plane made it safely to shore near the 600 block of Beach Drive SW.

A photo tweeted by firefighters showed a small white plane below the surface.

A 45-foot response boat from the Coast Guard was also called to the scene.

The cause of the crash-landing was under investigation.