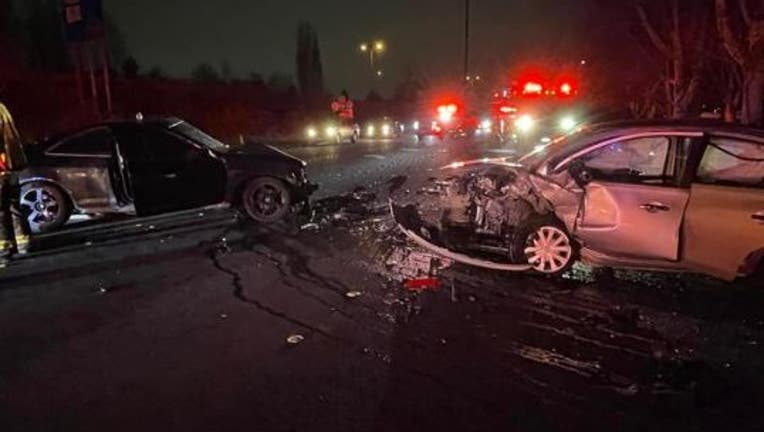 The crash occurred around 8:40 p.m. in the 1200 block of SW Grady Way, near the intersection of Oakesdale Ave. SW.

One driver was apparently driving under the influence, according to Renton PD. That driver suffered serious injuries and was sent to Harborview Medical Center.

The driver of the other vehicle had minor injuries and was sent to a nearby hospital.

It's unclear how many people were in each car. Crews had to extricate people due to heavy damage,