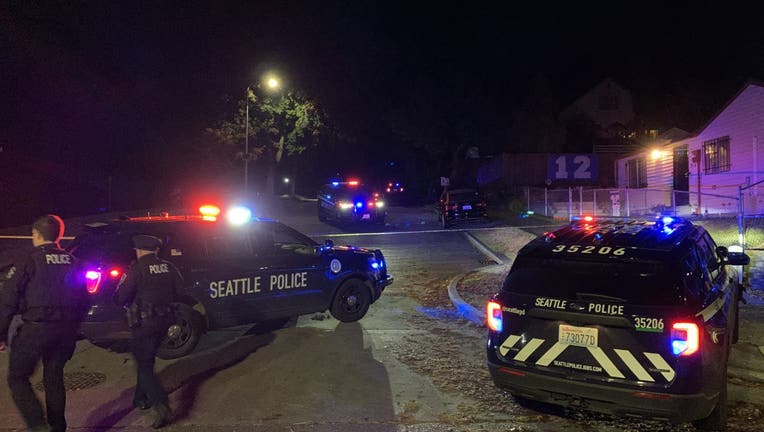 Seattle police are investigating after two people were injured in a shooting in the Central District on Tuesday, November 8, 2022. (Seattle Police Department)

Before 9 p.m., officers responded to reports of a shooting in the intersection of East Alder Street and Martin Luther King Jr. Way.

Witnesses told police four people were shooting at each other.

When officers arrived, they found two people with gunshot wounds. A 24-year-old woman and a 27-year-old man were taken to Harborview Medical Center.

About two dozen spent shell casings were found at the scene and multiple homes were damaged, investigators said.

The investigation remains ongoing. Anyone with information about the shooting is asked to call the Seattle Police Department's violent crimes tip line at 206-233-5000.