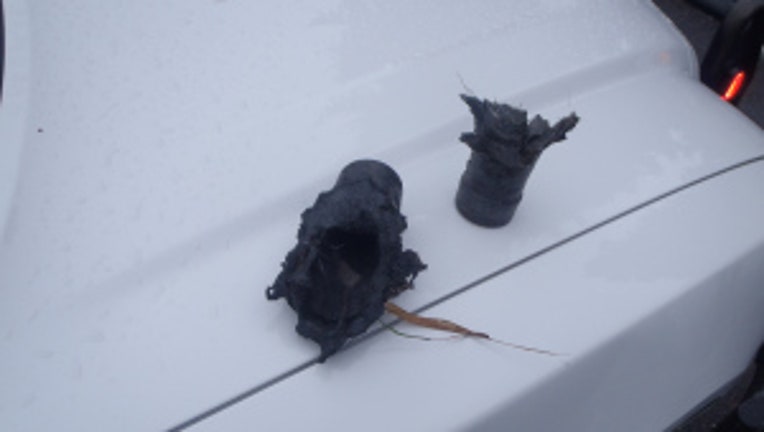 PACIFIC, Wash. -- Two homemade explosive devices resembling pipe bombs were found in Pacific's City Park Friday afternoon, but police were able to use a robot to neutralize the devices without harm to anyone, police said.

Pacific police said a resident walking a dog in the park spotted the devices at about 2:30 p.m.

Officers requested assistance from the Federal Way Bomb Squad Unit since both devices had fuses. The bomb squad deployed a robot that was used to penetrate and neutralize the devices, Pacific police said.

No one was injured, and no arrests have been made.