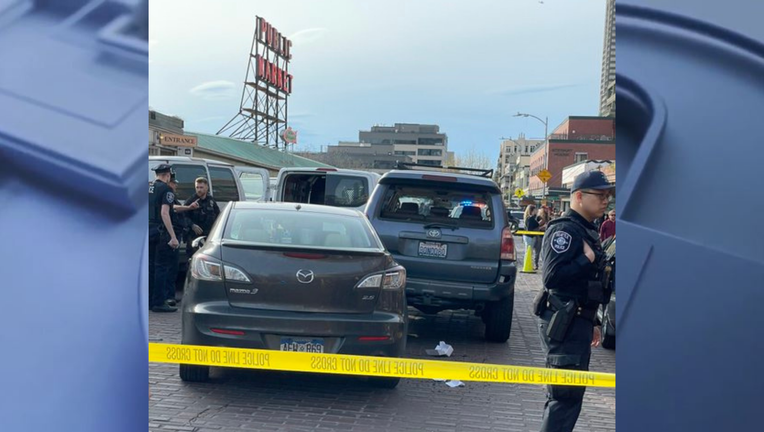 During the incident, police said the driver in the van threw water at the Toyota and both drivers got out of their vehicles.

According to police, the Toyota driver shoved the other driver to the ground, got back in his vehicle and drove into the market.

The driver of the van got up, ran over to the Toyota and hit the driver through his window before returning to his van, police said.

During the altercation, another driver, a 54-year-old man, in a Mazda pulled up next to the Toyota and there was another verbal altercation between the two drivers.

Investigators said the two drivers parked their cars and the Mazda driver got out of his car with a hammer, walked up to the Toyota and shattered the back window. The SUV driver got the hammer and smashed the Mazda’s windshield.

According to Seattle police, the driver of the Mazda drove at the man, struck him and hit an uninvolved woman who worked nearby. The extent of the woman’s injuries are not known.

The Toyota driver got up and started hitting the Mazda driver with the hammer through an open window.

Officers shortly arrived and arrested the Mazda and Toyota drivers. They were both booked into the King County Jail.