The Wayne County Prosecutor said two people have been arrested for shooting into a family vehicle last week, killing a 2-year-old boy. According to investigators, the suspects shot into the wrong pickup truck.

DETROIT (FOX 2) - The Wayne County Prosecutor's Office announced two Detroit men were charged with the fatal shooting of a 2-year-old boy who was killed on I-75 last Thursday night.

RELATED: MSP search for shooter after toddler killed on I-75

According to police, the children were with their mother and father and were leaving BJ's basketball practice after 9:30 Thursday night. Their father, Brian Christian, heard multiple gunshots and his car started to malfunction. When he pulled over, he and his wife realized both of his sons were shot.

Brison had been shot in the head. He was rushed to the hospital by MSP but was later pronounced dead. BJ was shot in his left arm and was treated that night and released from the hospital.

A candlelight vigil was held for Brison that same day.

Interim Detroit Police Chief James White and MSP Lt. Mike Shaw will each speak Tuesday afternoon about violence in Detroit over the past few weeks. You can watch it on this page.

According to prosecutor Kym Worthy, the shooting was a case of mistaken identity, and that Lanier and Hubbard misidentified the truck.

"The Christian family were completely innocent victims. This was a family returning from a child sports activity that were mistaken for others because of their truck. Two-year-old Brison Is dead and his nine-year-old brother barely escaped serious injury," said Prosecutor Worthy." A child is dead because adults decided that they were judge, jury, and executioner. They will get a fair trial, but Brison doesn’t get to have a life."

They'll be arraigned on Tuesday in Wayne County.

There is a GoFundMe set up to help the family. CLICK HERE to donate. 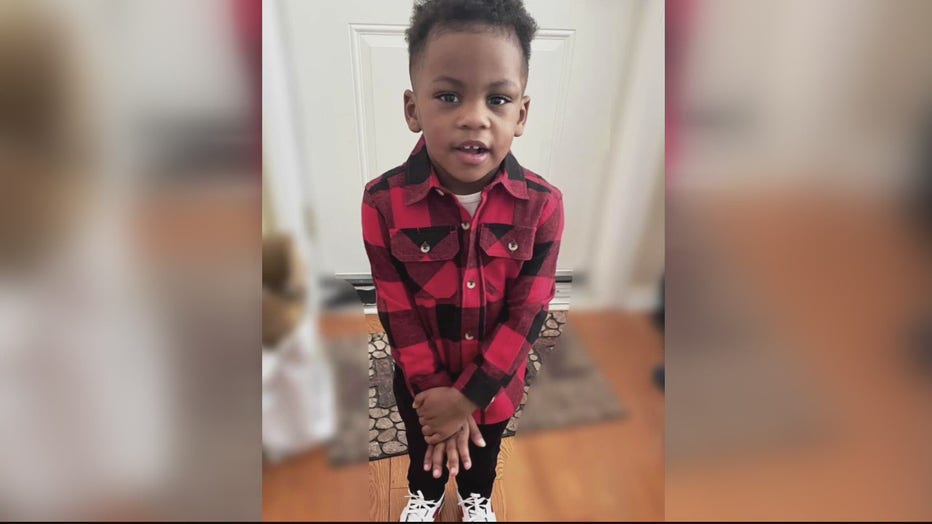