EVERETT, Wash. -- The owner of a pickup truck spotted his stolen vehicle, confronted the man in the truck and ended up shooting him Wednesday, police said.

"Arriving officers were told that when the owner confronted a male inside the stolen vehicle, the male ran and was shot by the owner," Everett police said in a news release.

The injured 27 year-old male, a Seattle resident, was transported to Providence Regional Medical Center Everett for non-life threatening injuries. He was released from the hospital and booked into Snohomish County Jail on possession of a stolen vehicle.

The owner, a 29 year-old Everett man, was detained at the scene. The initial investigation indicates the owner called 911 to report his vehicle stolen prior to finding it on Holly Drive. 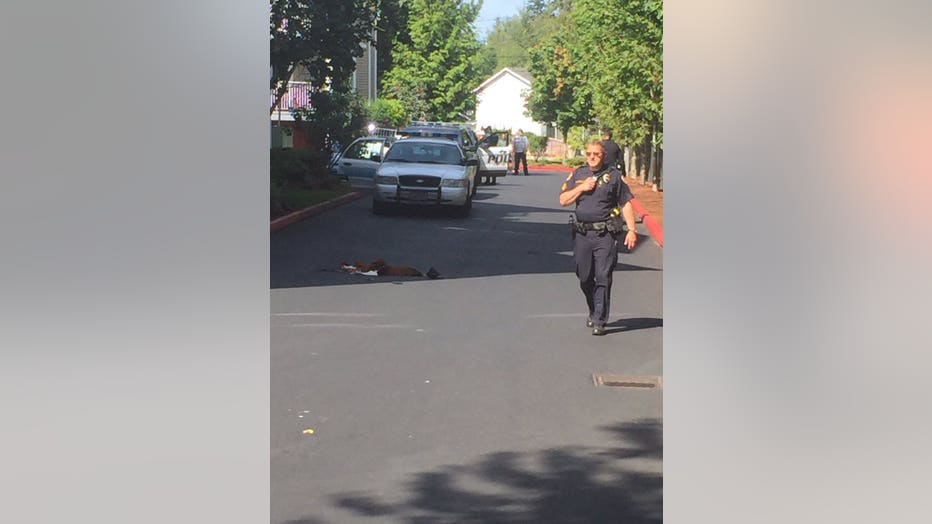 Major Crimes detectives continue their investigation and recovered the weapon.

Then at  about 3 p.m. , officers near the 7-Eleven at 10117 Evergreen Way were flagged down when witnesses heard a gunshot. They arrived in the parking lot and found an injured man. He had a gunshot wound and was taken to Providence Regional Medical Center Everett for what are believed to be non-life threatening injuries, police said.

Police said they determined that a group of four people arrived at the 7-Eleven in a stolen vehicle where a verbal altercation turned physical against the man in a group of three. "When the male was assaulted, his girlfriend retrieved a gun and demanded the fighting stop. When it didn’t, she shot and injured a man assaulting her boyfriend," police said.

Three people were arrested (34, 31, and 30 years-old) and the fourth, a 31 year-old Snohomish resident, will be referred for charges when he is released from the hospital, police said.

The boyfriend, a 29 year-old Everett resident, was treated at the scene while the investigation continues into the actions of his 22-year-old girlfriend, police said.

Here's a photo from the second shooting: 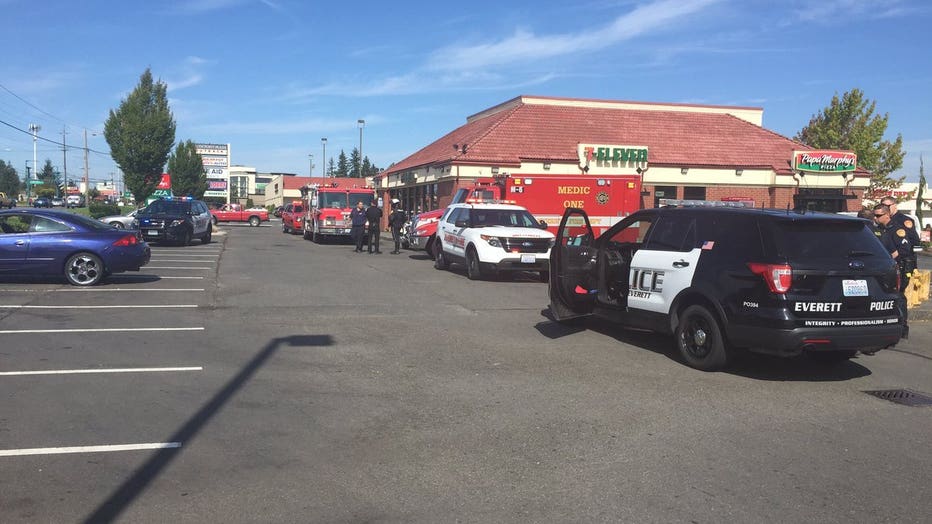