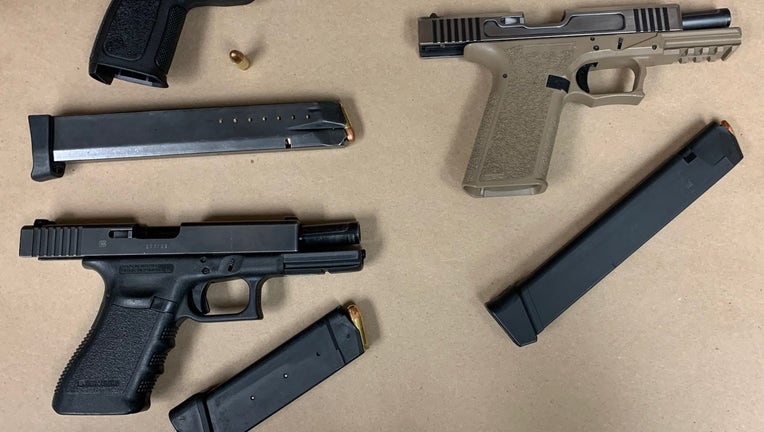 According to authorities, officers spotted a car parked at Lions Park in south Everett. The park was closed, so officers went to talk to whoever was in the car.

Inside, they found two 20-year-olds drinking, so officers arrested them for trespassing and minor in possession of alcohol.

According to police, both men had loaded guns with extended magazines, and another gun and two magazines were found in the back seat—one of the guns was reported stolen.

Police added charges of unlawful possession of a pistol by a minor and concealed pistol in a vehicle.