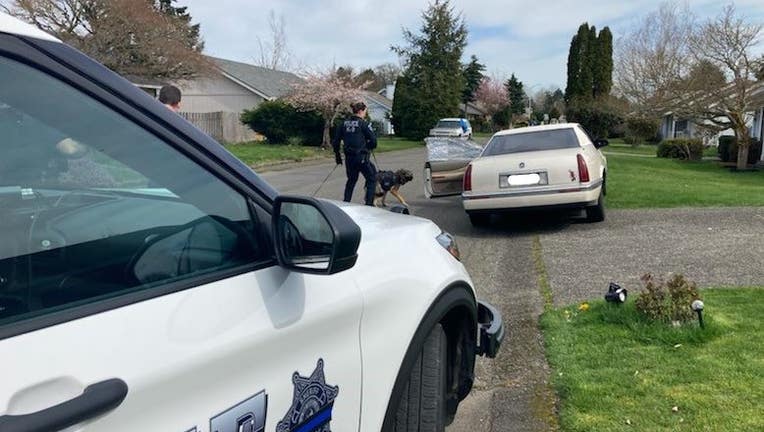 Deputies were called to the area of 19000 block of Pacific Ave. S. around 1:15 p.m. The suspects drove off before deputies arrived.

Shortly after, deputies found the vehicle and tried to stop it, but the driver sped away.  Deputies pursued the car because they had probable cause to arrest someone inside for first-degree assault.

Deputies followed the vehicle into Parkland before it crashed in the 100 block of 117th Street E. The suspects ran off after the crash.

Witnesses told deputies that the suspects went into a house nearby and haven't come out, so deputies staked out the house.

Minutes later, another car showed up and the suspects got inside. Deputies were able to follow and stop that vehicle.

A 23-year-old man and a 29-year-old woman were arrested, and a third suspect was detained for questioning.

No one was injured in the shooting or subsequent crash.

The investigation is still ongoing.

More information will be provided as it becomes available.

Deputies are investigating a suspicious death after a woman was fatally shot in Lake Tapps overnight.