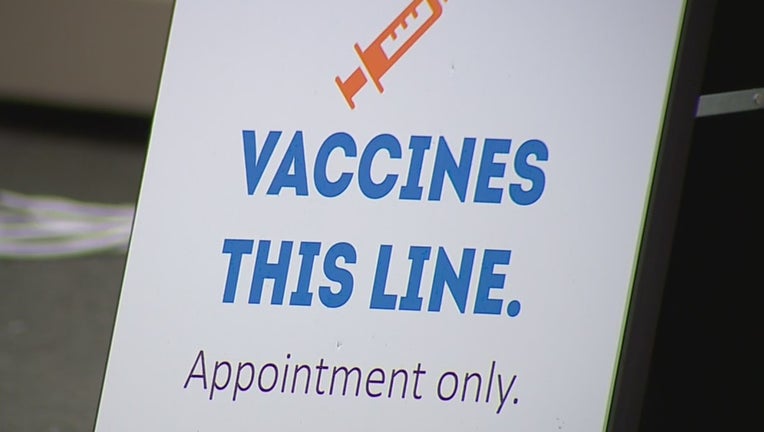 OLYMPIA, Wash. - More than 1,800 Washington state workers have been fired, resigned or retired due to the state’s COVID-19 vaccination mandate, according to data released Tuesday.

The latest numbers released by the governor’s Office of Financial Management show that about 3% of the state’s approximately 63,000-person workforce that was covered by the mandate have left their jobs, and the cases of another 4.6% — or 2,887 — are pending because they are either in the process of receiving a job accommodation, are planning to retire, are getting vaccinated or are awaiting separation from their agency.

Of those who remain employed, the state said that 95% were vaccinated, not including the 1,927 who got either a medical or religious exemption and an accommodation to stay on the job.

Monday was the deadline for thousands of workers in Washington to prove they’ve been fully vaccinated as a condition of their continued employment. The mandate — issued by Gov. Jay Inslee in August — applies to most state workers, long-term care employees, and teachers and staff at the state’s schools, including the state’s colleges and universities. The only opt-out was a medical or religious exemption, though the exemption only ensured continued employment if a job accommodation could be made.

The Washington State Patrol said Tuesday that 74 commissioned officers — 67 troopers, six sergeants and one captain — were among those who left the agency due to the mandate. Data from the Office of Financial Management shows in total, 127 people at the state patrol were fired, 15 resigned and 17 retired due to the mandate.

The agency employs approximately 2,200 people across the state.

"We will miss every one of them," Chief John Batiste said in a statement.

Patrol officials said that the state will review staffing impacts and move resources as needed. They also noted that they would be recruiting for three new academy classes in the coming months.

Washington’s vaccine mandate is believed to be among the strictest in the nation and covers more than 800,000 workers.

In addition to the state workforce covered by the mandate, vaccination is also now a requirement for any contractor wanting to do work with the state.

Of the remainder of employees covered by the mandate, about 400,000 are health care workers, 155,000 are in K-12, 118,000 work in childcare and early learning, and 90,000 are in higher education. Officials have said the total figure from other sectors won’t be known for days or weeks as workplaces work through exemption and job accommodation requests and as some workers may have provided verification in the final hours before the deadline.

"I am confident that state services, health care and educational instruction and services will continue with minimal disruption," Inslee said in a written statement Monday night.

Shortly after the separation numbers were released, Inslee issued a proclamation to pause transfers from jails to the Department of Corrections from Oct. 25 to Nov. 5.

Inslee spokeswoman Tara Lee said the move had already been in the works due to concerns about the delta variant of the coronavirus and was "not tied directly to loss of staff."

Opponents of the mandate have staged protests and filed lawsuits, but a Thurston County judge on Monday was the latest to deny an effort by dozens of public sector employees who sued to block the mandate.

In a joint statement, Republicans Sen. John Braun and Rep. J.T. Wilcox said that Inslee "underestimates the potential impact of his actions."

"Coercion, intimidation, threats and public shaming are not tactics a leader should be using against the people," the wrote Monday. "The governor’s obvious disdain for those who are choosing to lose their jobs rather than compromise their right to make their own medical decisions is unhelpful."

As of this week, more than 78% of people age 12 and older have initiated vaccination in Washington state and 72% are fully vaccinated.