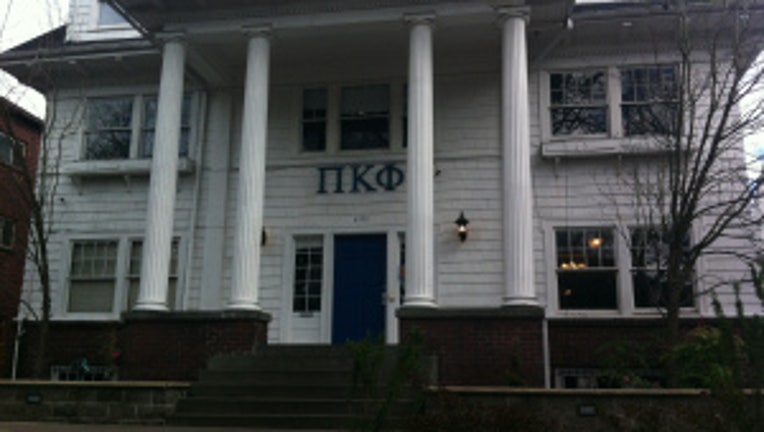 SEATTLE -- Seattle Police report that a 18-year-old man fell from a second story balcony at a University of Washington fraternity late Friday night.

The fraternity is in the 4500 block of 17th Avenue Northeast, near the UW campus.

Seattle Fire department medics transported the man to Harborview Medical Center where he's expected to recover from his injuries.

Police said that the man was attending the party and while on a crowded balcony he attempted to get around people by partially climbing the railing. He reportedly lost his footing and fell approximately 2 1/2 stories, landing on the street between two parked cars.