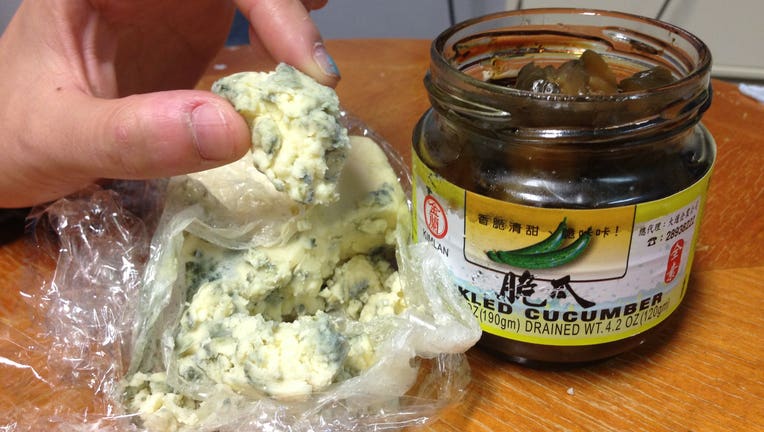 Scarfing smelly food. We get it -- airlines have cut back on food service, forcing us all to bring our own snacks and meals onboard. But did you really have to clean out the back of your refrigerator and bring it on the flight?Credit: CNN

We get that you paid for an airline seat that already seems too tiny. And now someone has reclined their seat into your lunch.

Kicking them is probably not the solution. It could get your flight diverted and you removed from the aircraft, as several passengers discovered this year.

"Expedia's Airplane Etiquette Study is a lighthearted reminder that few places require more attention to etiquette than the inside of an airplane," said John Morrey, Expedia's vice president and general manager, in a statement.

"You're in a tight space at 30,000 feet with hundreds of fellow travelers, so even the small things -- helping your neighbor stow a bag or switching seats to put a mom next to her child -- can make a huge difference."

About 12% of those surveyed say they would record an incident, and 6% say they would use Twitter and other social media to shame passengers. Only 22% would be brave enough -- or foolish enough? -- to talk directly to the offending passenger.

Some 32% of men say they do not recline seats, while 38% of women do not recline. Nearly one-third of all surveyed passengers recline to sleep, and a quarter recline when the flight is longer than three hours. Just 12% recline immediately after takeoff or when the person in front of them does.

And as for manners? Just 23% of American airline passengers ask permission of the passenger behind them before they recline. And 10% say they would recline their seat with a very pregnant passenger. (What is wrong with those people?)

As for chatty Cathys, sixth on the list of violators, 16% of Americans "use flights as an opportunity to talk to and meet new people," while 65% "dread" the experience of sitting next to those people.

Note to the chatties: If they are reading a book or tablet or are wearing earphones, the passengers squeezing into tiny seats around you may not want to chat with you. In fact, we know they don't.

Given the tight quarters and conflict aboard flights these days, we're not sure how a few select people still manage to join the mile-high club.

And yet they do.

Five percent of fliers say they've "been intimate" with someone on a plane. Of that number, 3% say their partners in this in-flight liaison were their traveling companions. But 2% meet the other person on the flight. Guess the chatter works in a few situations?

The ranked list of onboard etiquette violators, with percentage cited by study respondents: