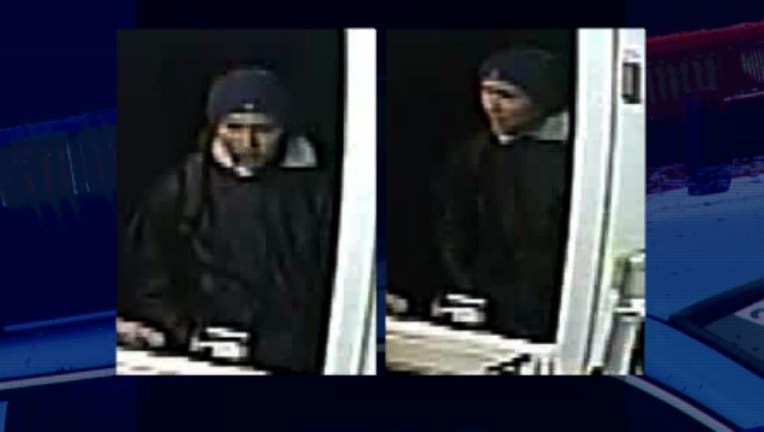 CAPTURE UPDATE December 31, 2014 --  A 16-year-old charged with First Degree Robbery for holding up two Bothell espresso stands in December told Snohomish County detectives “the risk was worth the reward.” In a recorded interview, Sung-Soo Devine admitted to the crimes but said he used an Airsoft gun, not an actual firearm. Devine said he put black tape on the barrel of the Airsoft to disguise it. Court documents show during the first robbery that he told the barista, “Give me all of your money, b****."  When she had difficulty opening the till, detectives say he told her, “I don’t have all f****** day, b****." Prosecutors charged him as an adult after he was identified by a Washington’s Most Wanted viewer who saw surveillance video aired on the show on December 12th. Devine has one prior felony conviction in juvenile court for Assault 3 for which he had just been sentenced on November 21st. He had a warrant for his arrest at the time of the robberies and was listed as a runaway. Deputy Prosecuting Attorney Craig Matheson wrote in charging documents, “Given the proximity of these two robberies to his sentencing in juvenile court on the Assault 3 conviction it would appear that his behavior is escalating. The State believes that defendant is both a danger to the community and is unlikely to show for his future court hearings.” Prosecutors requested his bail set at $50,000. FUGITIVE CAPTURED December 19, 2014 -- The Snohomish County Sheriff’s Office says they have arrested the suspect accused of robbing two coffee stands on the Bothell-Everett Highway at gunpoint. He was identified by Washington’s Most Wanted viewers. The suspect is a juvenile but prosecutors may charge his as an adult. FUGITIVE WANTED IN SNOHOMISH COUNTY December 12, 2014 -- An armed robber ordered a Hazelnut latte before pulling a handgun and demanding all the money in the cash register at Kemp's Coffee in the 18800 block of Bothell Everett Highway in Bothell last Thursday. One week later, Snohomish County Detectives say he robbed Calling The Shots, another coffee stand just down the road from Kemp's. Investigators are hoping someone recognizes his face from surveillance video.  It shows a young Asian man approach the window, order a coffee and then when the barista turned to make it, he backed out of the window and put on a bandana and distinct white sunglasses.  When she turned back, he had his backpack on the counter and was pointing a gun at her. He gestured with the weapon to get her to hurry. She put the money in his backpack and he took off running.

"I'm guessing that he may be living in and around this area in Bothell," said Det. Collin Ainsworth.  He thinks the gunman may have been after drug money. "They are just going into where they think they can get in, get out, get some cash go to their drug dealer and get the drugs that they need because what they call it is dope sick." The armed robber is described as a young Asian man who may have escaped from the second heist on a bicycle. If you recognize him or can tell Det. Ainsworth anything about the suspect, call an anonymous tip into: CRIME STOPPERS: 1-800-222-TIPS You must call the Crime Stoppers hotline with your tip to be eligible to receive a cash reward for information leading to a fugitive’s arrest. CLICK HERE for information on how to TEXT A TIP to Crime Stoppers