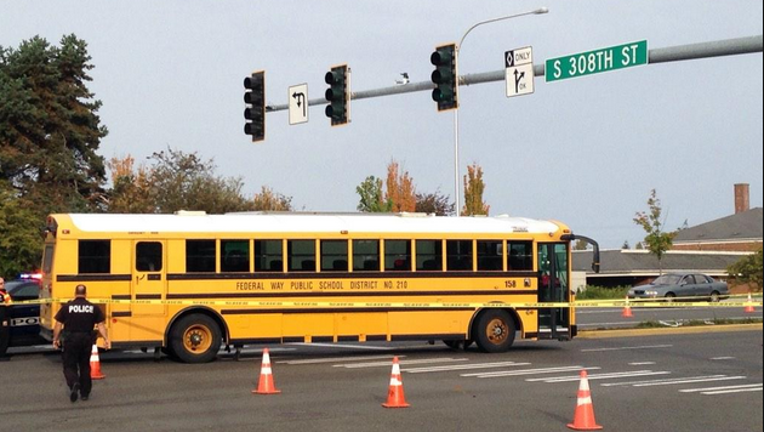 FEDERAL WAY -- A 15-year-old girl was hit by a school bus as she walked through a crosswalk early Thursday morning in Federal Way, police said.

According to police, the girl was walking at 7:45 a.m. in a crosswalk near the intersection of South 308th Street and Pacific Highway South when she was hit by a school bus.

She suffered serious injuries and was transported to a local hospital.

It is unknown if the girl was previously on the bus and had just gotten off, or was never on the bus, police said. The girl was hit near Federal Way High School, and it is believed she is a student at the school.

Both streets near the intersection were closed as police investigated the crash, officials said.