(CNN) -- At least 15 people were injured in a stabbing incident Tuesday morning at Lone Star College's CyFair campus in the Houston area, according to Robert Rasa, spokesman for the CyFair Volunteer Fire Department.

Authorities have detained one suspect at the campus in Cypress, Texas -- so far the only suspect at this point, a sheriff's spokesman told reporters Tuesday afternoon. 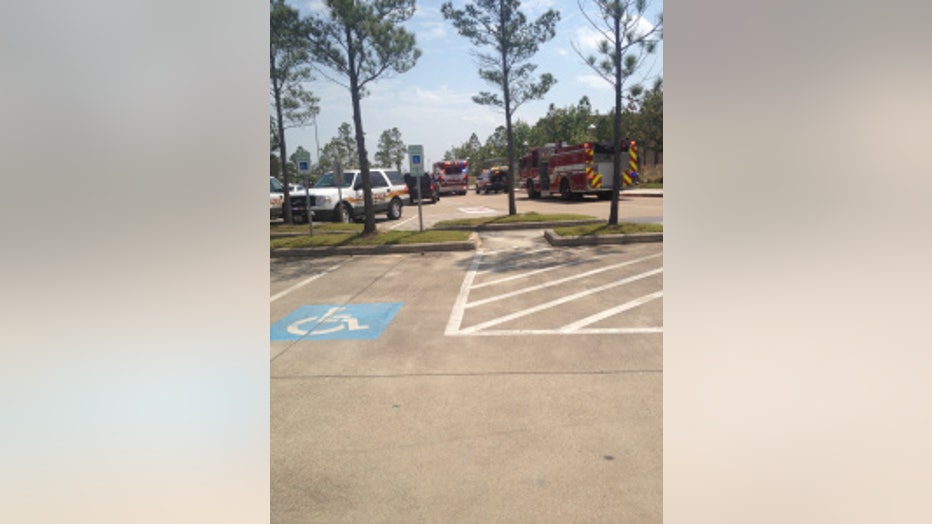 Student Maya Khalil, 19, was in class in the campus' health sciences building when the incident happened, she said. She managed to take photos of the chaotic scene as it unfolded.

"It was really scary," Khalil said.

The school was on lockdown Tuesday afternoon while authorities combed the campus to ensure no other injured people or attackers were there, Harris County sheriff's spokesman Alan Bernstein said.

It wasn't clear whether all of the injured people were stabbed, Bernstein said.

"It's possible other people were running away" and became injured that way, Bernstein said.

Four people were taken to a hospital by helicopter, authorities said. The conditions of the victims weren't immediately available.

The four flown to a hospital "were in a dire enough situation that they were taken out on helicopters," Bernstein said.