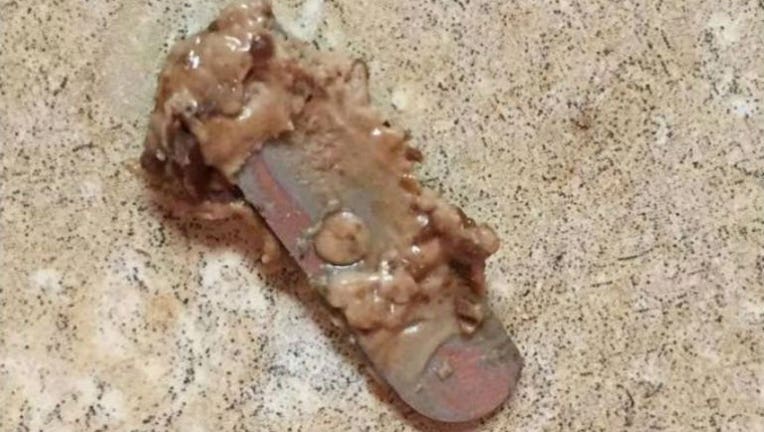 HAMILTON COUNTY, Ind. – An Indiana sheriff's department is encouraging parents to check their children’s Halloween candy after a mother reported that her 13-year-old daughter found a metal razor in one of her candy bars.

The Hamilton County Sheriff’s Office says the teen discovered the blade when she bit into a 3 Musketeers Minis that she received while trick-or-treating in the Orchard Park neighborhood.

"She was seen by medical personnel and is being treated for any possible injuries she might have sustained as a result of the metal inside the candy," according to the sheriff's office.

The girl suffered a laceration to the inside of her mouth in the incident, according to WTHR.

The girl’s parents contacted the sheriff’s office and turned over the metal piece to detectives, who are investigating the incident.

The sheriff’s office says this appears to be an isolated incident and no other reports have been made, but they encourage parents in all areas to make sure to examine all treats before allowing children to eat them.