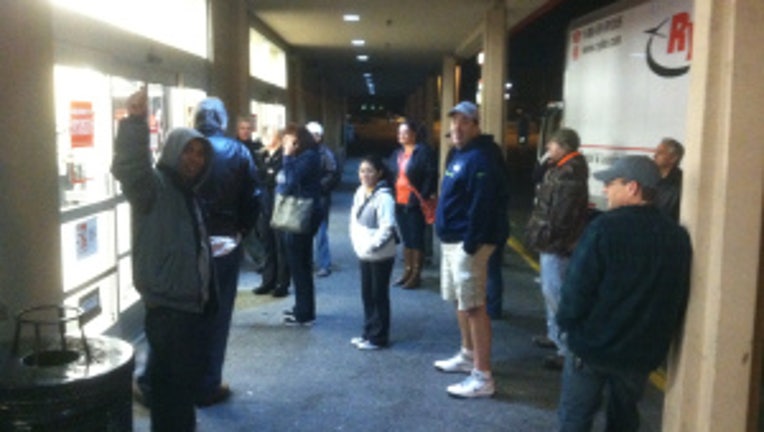 SEATTLE -- Early this morning, several Seattle Seahawks fans waited for the doors to open at sporting goods stores all over the region to buy some Super Bowl Championship merchandise as it hit the shelves.

Sports Authority in Lynnwood opened it's doors three hours earlier than usual this morning as fans waited outside to buy gear. The sporting goods store received several shipments of hats, shirts and more the morning after the huge win.

The first fan showed up at 5 a.m. because he wanted to be the first in line to get his hands on the goods.

Ken Yohe says this is the greatest sports moment of his entire life.

"Well I already ordered some stuff from the NFL shop online last night but I’m looking for the new hoodies that come out and I think there’s a truck that just pulled in a while ago that was gonna unload some hoodies," Yohe said.

"I like the new hats, the championship hats. I collect hats.”

Other fans we spoke with this morning say they were going to buy several shirts and hats for themselves and family members.

Managers at Sports Authority say they expect to receive a new shipment of merchandise everyday this week and they hope it will be enough to outfit all the 12s in the region.