LUNENBURG COUNTY, Va. -- A 12-year-old Virginia boy suffered minor injuries after police say he jumped out of a moving car after being abducted at gunpoint Sunday afternoon.

Antwaun Jones told WTVR he was walking to the park in Kenbridge to meet a friend when the abduction happened.

Police say he was walking east on Broad Street, not far from his home, when a man pulled up in a Chevy Blazer and put a gun to his stomach while demanding he get inside the car.

"I've never seen him a day in my life," Antwaun said of the suspect. 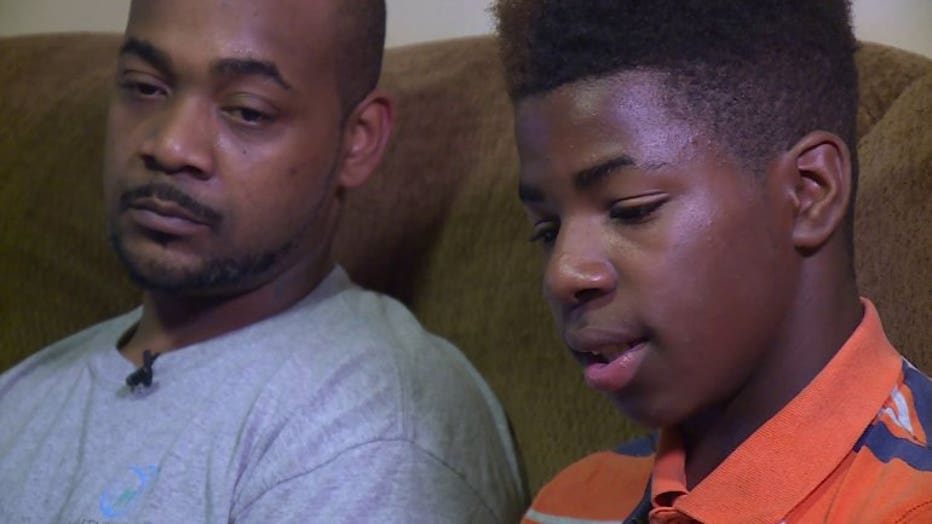 The Kenbridge community is a small town in Lunenburg County, with a population right around 1,200.

Investigators say the suspect, 26-year-old Eric Donte Harrison, turned onto third street toward South Hill before speaking to the victim.

"About five minutes down the road, he told me he was gay and asked if he could kiss me," Antwaun said.

Fearing for his life, Antwaun said he began reaching for the door, while the suspect accelerated and tried to reach for him.

"I hit my head like three times. The pain level was a ten and I tucked and rolled at first. I got my first cut, then it started cutting all up and down my body," said the 12-year-old.

Police say an eyewitness saw the boy jump out of the vehicle and stopped to assist him, and called 911 and Antwaun's parents. 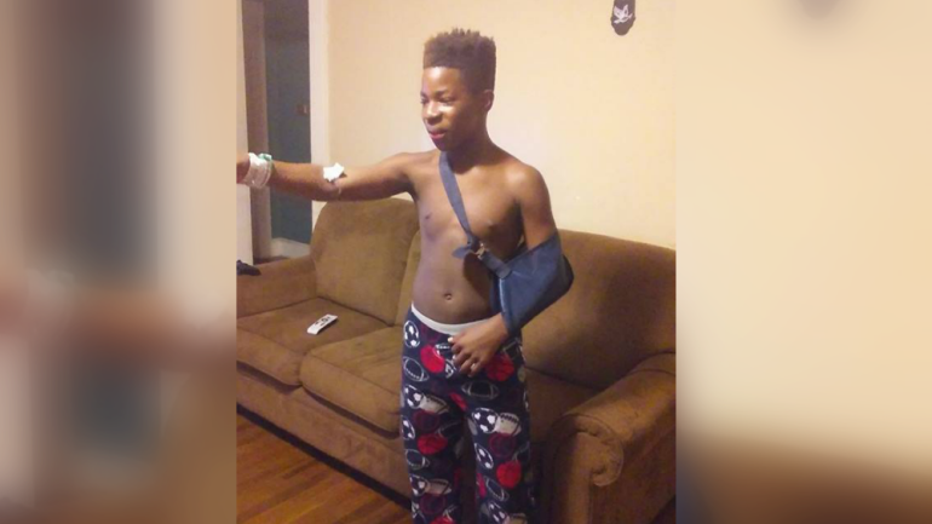 He suffered non-life-threatening injuries, including a broken collarbone, a chipped elbow, and road abrasions.

He was treated and released from South Hill Hospital Sunday night.

Police were able to identify and locate Harrison as the perpetrator within two hours, saying the quick response was possible thanks to surveillance video from a local store and a bystander who recognized Harrison in a photo.

He's been charged with abduction with intent to defile and use of a firearm in the commission of abduction. Police said Harrison admitted picking up the child but denied using a handgun.

Antwaun's father, Anthony Jones, says he's proud of his son and feels blessed that he is home safe. 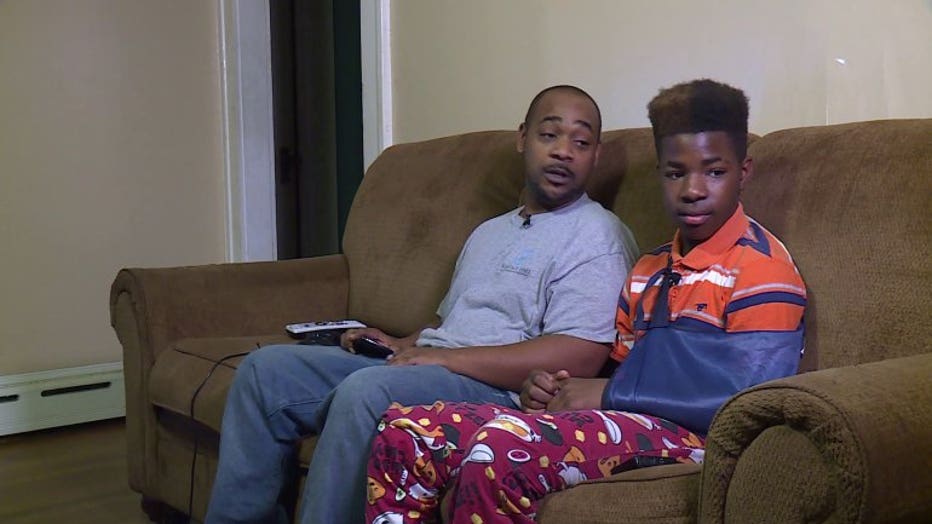 "He's his own hero. He saved his own life," Jones said. "I was grateful to God for protecting and bringing my son back to me."

Antwaun said he knows his physical and emotional healing will take time, but says he's grateful he found the courage to be brave.

"I don't mind having a couple broken bones as long as I get back home to my family."

Kenbridge Police Chief Raymond Hite, Jr. is asking the public to please contact him at 676-2452 during the day and at 696-4452 through the Sheriff’s office, if anyone knows information about Harrison.