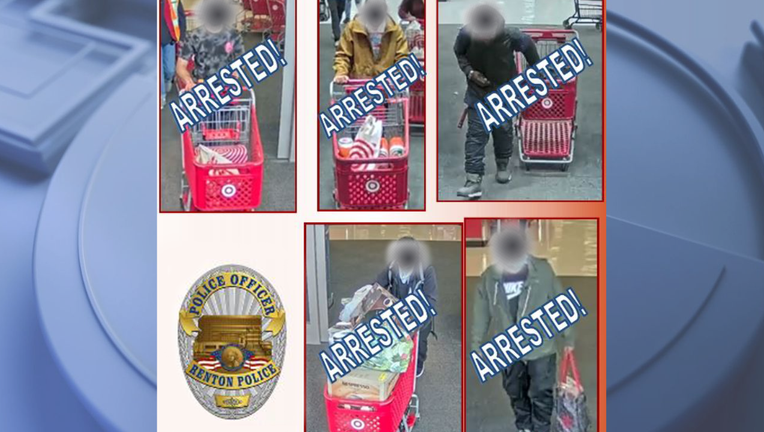 RENTON, Wash. - A dozen people were arrested in Renton last week as part of an organized retail theft sting at two major stores.

Members of the Special Enforcement Team (SET) and Patrol Operations Unit with Renton Police partnered with loss prevention personnel at the Target and Lowe's in Renton. The Target is located in The Landing and the Lowe's is just outside The Landing shopping complex on Garden Ave. N.

In just a six-hour period, the operation resulted in the arrest of 12 people and led to the recovery of thousands of dollars worth of merchandise.

"SET will continue to partner with area retailers in an attempt to prevent the on-going problem of organized retail theft in our City," Renton Police said.