NEW YORK CITY — Customs officers found what they called a "prohibited cocktail" in a man's duty-free bag at John F. Kennedy International Airport, according to WPIX. 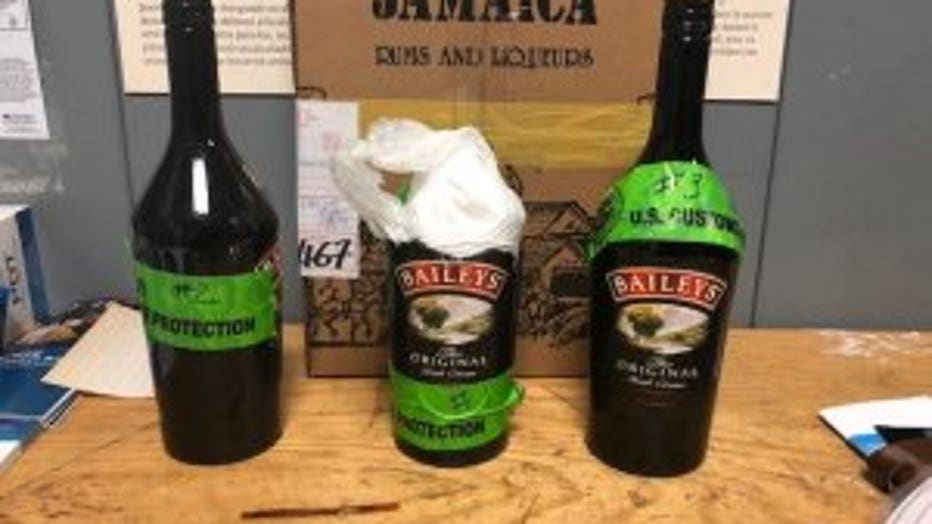 The bottles were filled with nine pounds of cocaine worth more than $110,000.

There were three Bailey’s bottles filled with about $115,000 in cocaine, officials said. They weighed about nine pounds.

“This seizure demonstrates the dynamic border environment in which CBP officers operate at JFK.” said Frank Russo, Acting Director of Customs and Border Protection’s New York Field Operations.  “Our officers are determined to adapt and respond to these threats in an effort to protect the American people.”