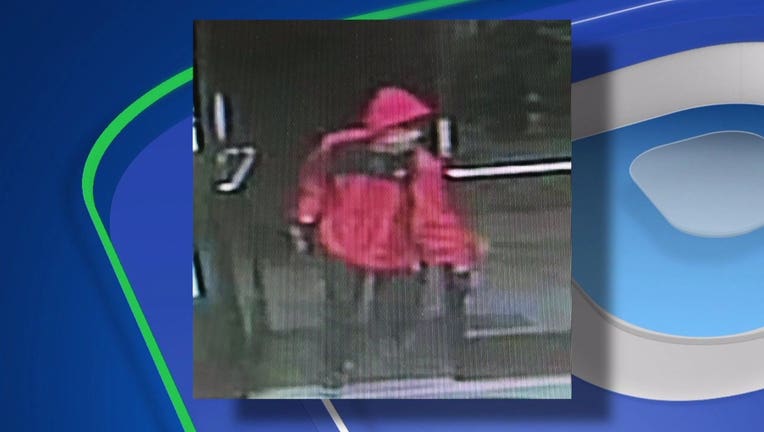 EDMONDS, Wash. -- There's an $11,000 reward being offered for information that leads to charges against the man who shot and killed a 7-Eleven store clerk in Edmonds early Friday morning.

The suspect is seen on surveillance video walking into the Edmonds convenience store, jumping on the counter and immediately firing the shots that killed 64-year-old store clerk Nagendiram Kandasamy before running out of the store. A customer found Kandasamy bleeding and unresponsive about 5 a.m.

So far, no suspect has been identified. Police have released a blurry photo, along with a vehicle of interest that police are seeking.

Kandasamy's coworkers have set up a GoFundMe page for his family.

If you wish to remain anonymous and receive the cash reward then you need to submit the information to Crime Stoppers of Puget Sound by downloading the P3 Tips App to your phone or by going to www.P3Tips.com. You will never be asked to give your name. You can also call the anonymous Hotline at 1-800-222-TIPS (8477).