DANANG, Vietnam (AP) — In a major breakthrough, trade ministers from 11 Pacific Rim countries said they reached a deal Saturday to proceed with the free-trade Trans-Pacific Partnership deal that President Donald Trump pulled out of when taking office.

A statement issued in the early hours Saturday said an accord was reached on "core elements" of the 11-member pact. The compromise was delayed by last-minute disagreements that prevented the TPP leaders from meeting to endorse a plan on Friday.

"Ministers are pleased to announce that they have agreed on the core elements of the Comprehensive and Progressive Agreement for Trans-Pacific Partnership," the 11 nations said in a statement.

It said that the ministers maintained "the high standards, overall balance and integrity of the TPP while ensuring the commercial and other interests of all participants and preserving our inherent right to regulate, including the flexibility of the parties to set legislative and regulatory priorities."

In January, Trump pulled out of the deal that was championed by his predecessor Barack Obama. Leaders of the 11 countries remaining in the TPP had been due to meet and endorse a deal worked out in last-minute talks overnight. 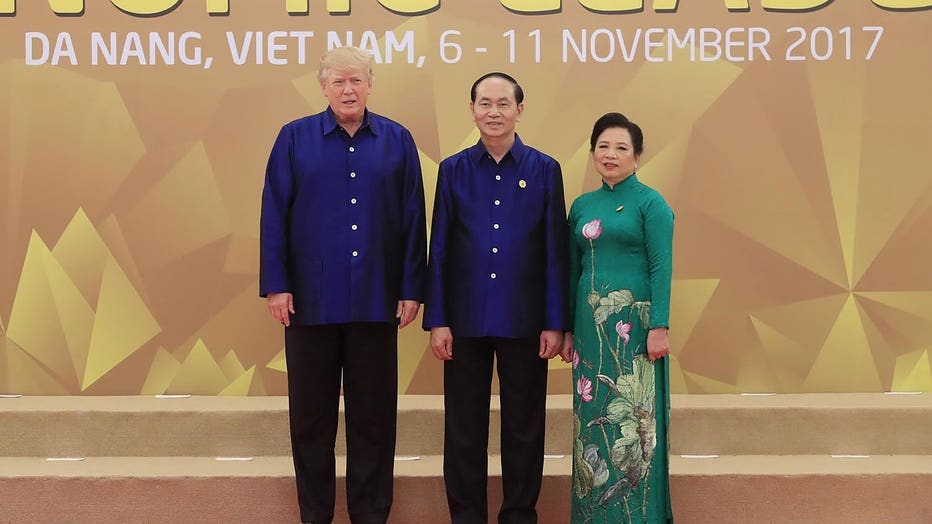 Japanese Prime Minister Shinzo Abe said earlier Friday that the 11 leaders had to postpone their meeting on the sidelines of the annual summit of the Asia-Pacific Economic Cooperation forum in Danang, Vietnam. Abe spoke after meeting with Canadian Prime Ministers Justin Trudeau, who had said days earlier that Canada would not be rushed into an agreement.

The TPP member countries are trying to find a way forward without the U.S., the biggest economy and, before Trump took office, one of its most assertive supporters. Trump has said he prefers country-to-country deals and is seeking to renegotiate several major trade agreements to, as he says, "put America first."

Trump reiterated his markedly different stance on trade before the 21-member APEC summit convened late Friday with a gala banquet.

The U.S. president told an APEC business conference that "we are not going to let the United States be taken advantage of anymore." He lambasted the World Trade Organization and other trade forums as unfair to the United States and reiterated his preference for bilateral trade deals, saying "I am always going to put America first."

Trump said he would not enter into large trade agreements, alluding to U.S. involvement in the North American Free Trade Agreement and the TPP.

In contrast, Chinese President Xi Jinping told the same group that nations need to stay committed to economic openness or risk being left behind.

The Chinese president drew loud applause when he urged support for the "multilateral trading regime" and progress toward a free-trade zone in the Asia-Pacific. China is not part of the TPP. 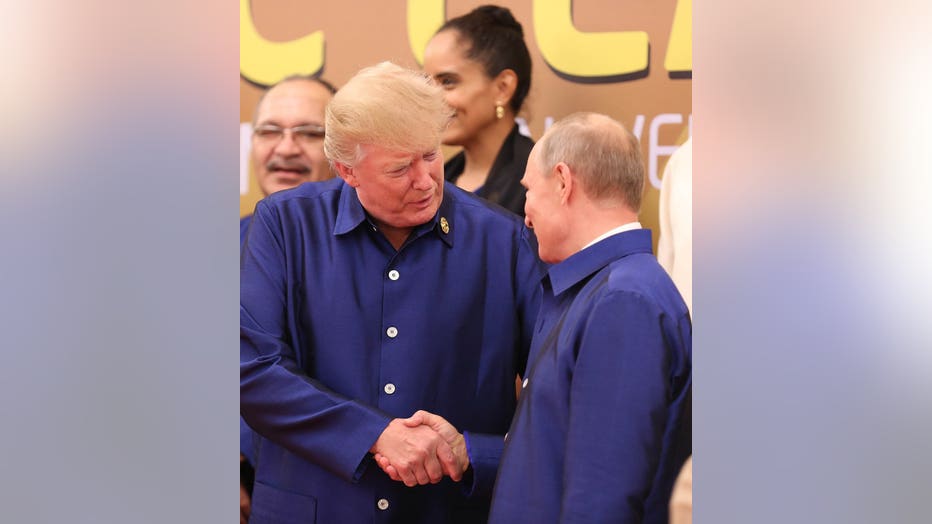 APEC operates by consensus and customarily issues nonbinding statements. TPP commitments would eventually be ratified and enforced by its members.

But even talks this week on a declaration to cap the APEC summit had to be extended for an extra half day as ministers haggled over wording. It's unclear what the exact sticking points were, but officials have alluded to differences over the unequal impact more open trade has had on workers and concerns over automation in manufacturing that could leave many millions in a wide array of industries with no work to do.

As a developing country with a fast-growing export sector, this year's host country, Vietnam, has a strong interest in open trade and access for its exports to consumers in the West. The summit is an occasion for its leaders to showcase the progress its economy has made thanks largely to foreign investment and trade. Danang, Vietnam's third largest city, is in the midst of a construction boom as dozens of resorts and smaller hotels pop up along its scenic coastline.