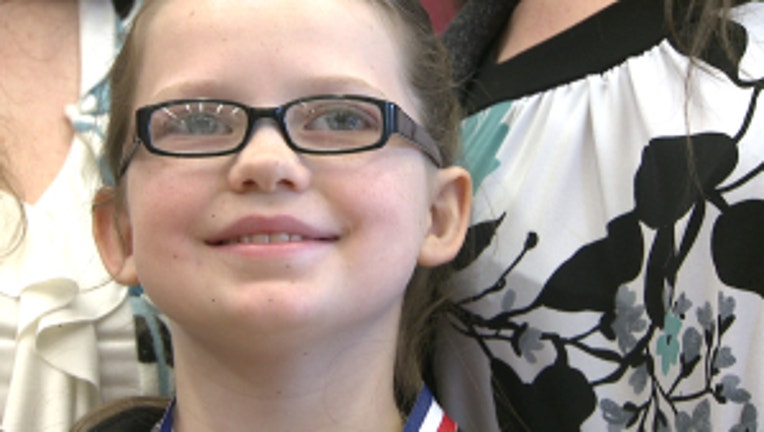 FEDERAL WAY -- Police and parents in the northwest are on high alert this weekend -- following several attempted child lurings.

In Thurston County, a man in a silver car offered a 10 year-old boy $100 dollars to get in his car.

And then yesterday in Aberdeen -- three men tried to pull a young boy into their car.

On Saturday, a 10-year old girl from Federal Way was honored, after police say her quick thinking prevented her abduction.

Isabel Carpenter is being hailed as a hero. In February, she was walking home from school when a stranger asked her to get into his car.

She ran to a neighbor's house and pounded on the door until the man took off.

Then, Isabel ran home and called 911.

"She did everything right, and she was such a smart little girl when she called," said Laurie Broming, the 911 operator who took the call. "She was basically text book in what she did."

Saturday was also the first time Isabel and her 911 operator came face to face. The ceremony was part of Renton's first Youth and Safety Fair.