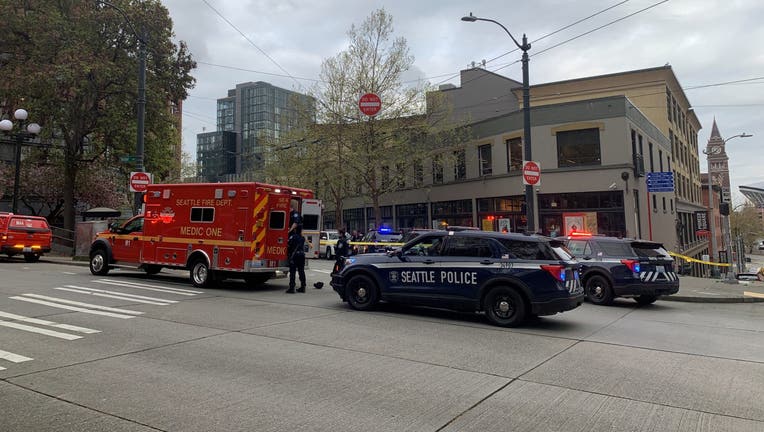 SEATTLE - One man was wounded in a stabbing in Seattle’s Pioneer Square neighborhood Monday evening.

Police were called to reports of two men fighting near Third Ave and Yesler Way around 6:21 p.m. While officers were driving there, dispatch received another call saying one of the men had been stabbed.

Officers arrived and started treating the 51-year-old man, who reportedly had several stab wounds. They cordoned off the area with tape while they investigated.

Seattle firefighters took over treatment when they arrived, and took the man to Harborview Medical Center in serious condition.

Police recovered a knife at the scene and located the suspect, a 38-year-old man, a block away. The man was booked into King County Jail for first-degree assault.